Money laundering 0.05% of all crypto transactions in 2021: Chainalysis report 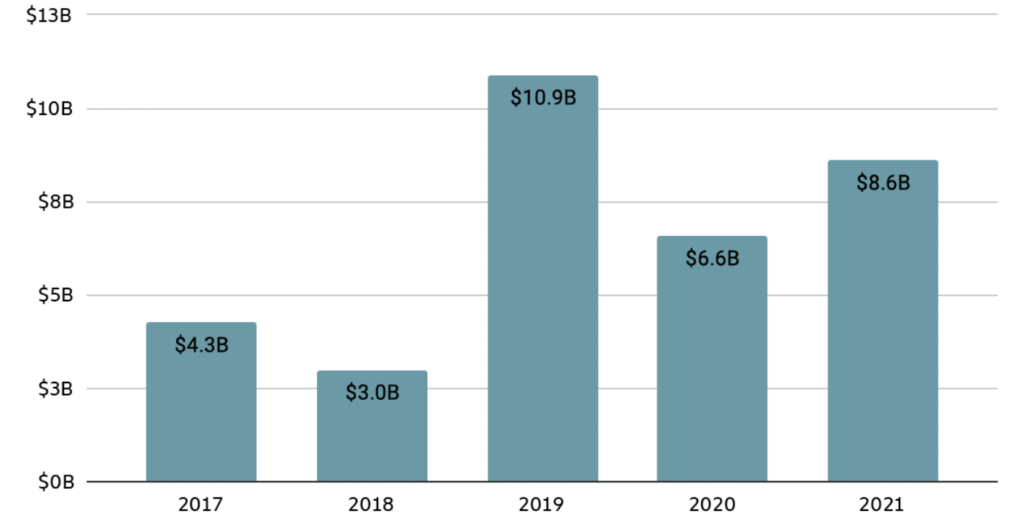 Every year since 2017, blockchain analysis company Chainalysis publishes a report focusing on money laundering and illicit transactions going through the cryptocurrency ecosystem. This year’s report summary shows that while the total amount of laundered money increased by 30%, only a small fraction of all transactions come from illicit activities.

As per the report, cybercriminals dealing in cryptocurrency share one common goal: Move their ill-gotten funds to a service where they can be kept safe from the authorities and eventually converted to cash. That’s why money laundering underpins all other forms of cryptocurrency-based crime.

Despite this, money laundering accounted for just 0.05% of all cryptocurrency transaction volume in 2021, compared to the amount of laundered fiat currency – 5%– that makes up global GDP. This highlights that money laundering is a plague on virtually all forms of economic value transfer.

Money laundering activity in cryptocurrency is also heavily concentrated. While billions of dollars’ worth of cryptocurrency moves from illicit addresses every year, most of it ends up at a surprisingly small group of services, many of which appear purpose-built for money laundering based on their transaction histories.

Law enforcement can strike a huge blow against cryptocurrency-based crime and significantly hamper criminals’ ability to access their digital assets by disrupting these services.

DeFi is playing a bigger role

Cybercriminals have laundered over $33 billion worth of cryptocurrency since 2017, with most of the total over time moving to centralized exchanges. For comparison, the UN Office of Drugs and Crime estimates that between $800 billion and $2 trillion of fiat currency is laundered each year — as much as 5% of global GDP.

This may be related to the fact that more cryptocurrency was stolen from DeFi protocols than any other type of platform last year. Chainalysis also sees a substantial amount of mixer usage in the laundering of stolen funds.

Scammers, on the other hand, send the majority of their funds to addresses at centralized exchanges. This may reflect scammers’ relative lack of sophistication.

The post Money laundering 0.05% of all crypto transactions in 2021: Chainalysis report appeared first on CryptoSlate.