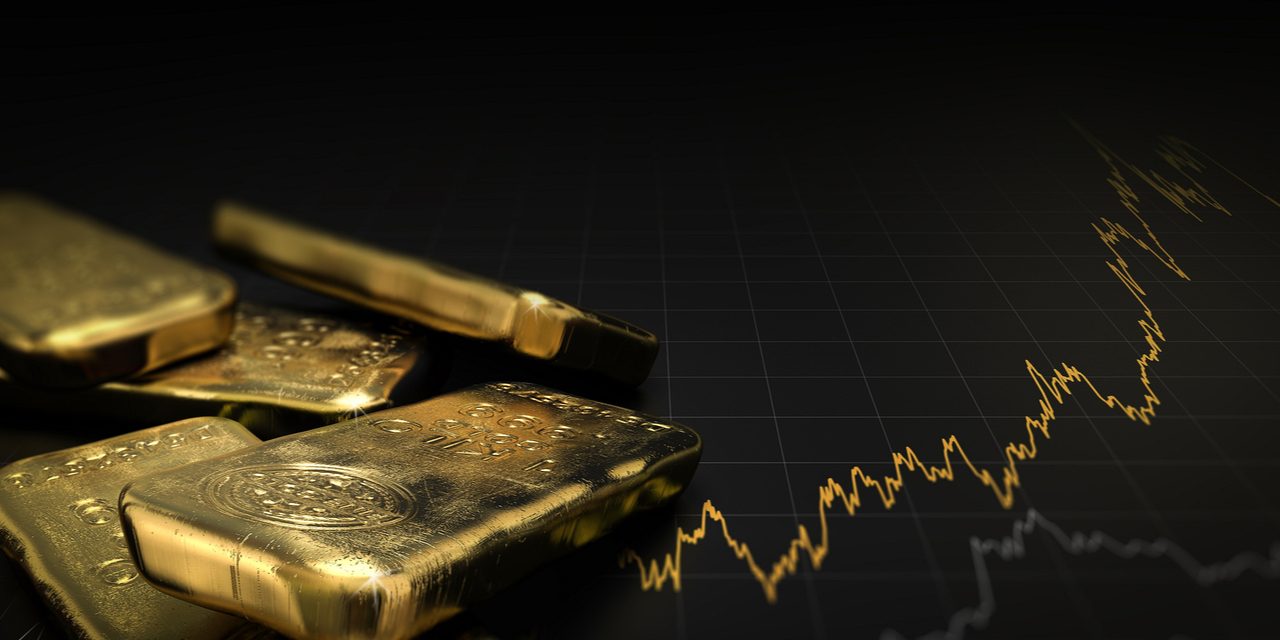 Net inflows into SPDR Gold Shares surged to a new record of $1.63 billion, the highest since its listing in 2004. The surge of net inflows into one of the largest gold exchange-traded funds (ETFs) comes against a backdrop of falling cryptocurrency and stock values.

One of the world’s largest gold ETFs, SPDR Gold Shares, recently recorded a net inflow of $1.63 billion, the highest since its listing in 2004, a report has said. Friday’s record inflow, which comes as stock and crypto prices have been tumbling, could be a sign that investors are becoming more bullish on gold, the report suggested.

As explained in a recent Bloomberg report, this surge in net inflows into SPDR Gold Shares is equivalent to 27.6 tons of the precious metal. The jump in SPDR Gold Shares’ net ETF inflows comes as the world is bracing for the resumption of interest rate hikes by the U.S. Federal Reserve, which according to a previous Bitcoin.com News report, looks to be heading toward ending major asset purchases.

In addition to the U.S. Federal Reserve’s impending rate hikes, demand for gold has been fueled by the growing global tensions over Russia’s rumored plans to invade Ukraine.

However, despite the rise of net inflows into the gold ETF, analyst Daniel Briesemann is quoted in the Bloomberg report expressing surprise at the precious metal’s failure to profit from the strong ETF inflows.

“We find it very surprising that the gold price has failed to profit from the robust ETF inflows. This week will presumably see market participants focusing mainly on the meeting of the U.S. Fed,” Briesemann, an analyst at Commerzbank, is quoted explaining.

While viewed by many as a reliable alternative store of value, gold was unable to shield holders from the effects of the U.S. Federal Reserve’s quantitative easing after its price ended 2021 nearly four percent lower than it started. In contrast, bitcoin and other cryptocurrencies ended the year with double-digit gains or more.

However, as cryptocurrencies and stocks continue to slide, some investors are once again looking at holding the precious metal. At the time of writing, gold is trading at around $1,842 per ounce, which is almost one percent higher than its December 31 price of $1,828.