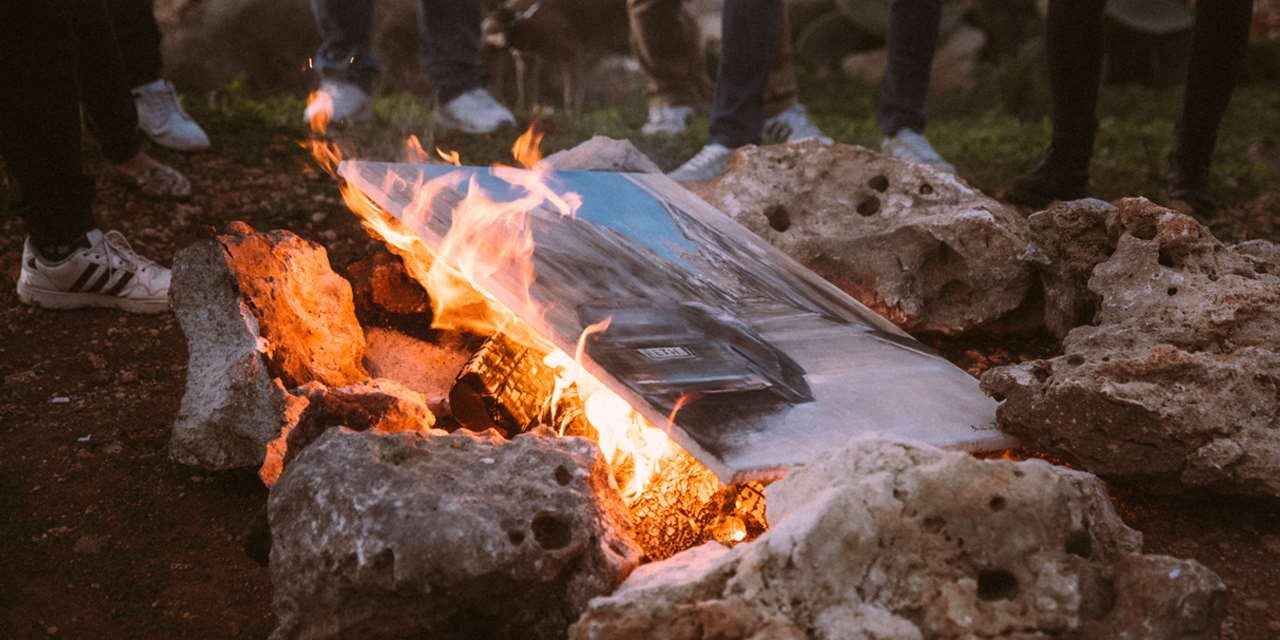 ETH in Mellieha is the latest in a long line of NFT experiments that aim to challenge traditional values and concepts of art and ownership. This particular project is being advised by Mamo TCV Advocates, one of Malta’s leading law firms.

Local artist Debbie Bonello was commissioned to create an oil painting of a car that featured ETH on its number plate. After the painting was finished, it was to be burnt during a ceremonial bonfire event attended by Bonello’s friends and family, as well as members of the local and national Malta government.

Before the ceremonial destruction of the painting and all associated sketches, it was digitized by photographer Matthew Mirabelli and minted as an NFT. This NFT will now go on to be auctioned off to the highest bidder, along with the legal ownership rights to the actual ETH number plate under Malta law.

Mamo TCV Advocates Involvement is Key to the Project

Although NFTs that are bundled with rights to assets have been done before, ETH in Mellieha endeavoured to make sure this project was of sound legality, by drafting in one of Malta’s leading law firms to draft the terms and conditions and oversee the eventual transfer.

Mamo TCV has confirmed via liaison with Transport Malta that whoever wins the auction will be entitled to ownership of the customised number plate, regardless of whether they own a car and/or whether they are a resident of Malta themselves.

Malta’s status as the ‘blockchain hub of Europe’ has made projects like ETH in Mellieha possible. Each strand of this project has been made up from Maltese origins, from the artist of the painting themselves, all the way to the legal terms and conditions overseen by Mamo TCV. Along the way, a documentary was made by Maltese videographer Eric Bartolo too.

Once again, Malta is front and center of the burgeoning crypto sphere, which undoubtedly won’t be for the last time either. Bidding for “ETH in Mellieha” begins on February 2, 2022 at 4pm UTC on Opensea. For further information about the project, please visit the website.