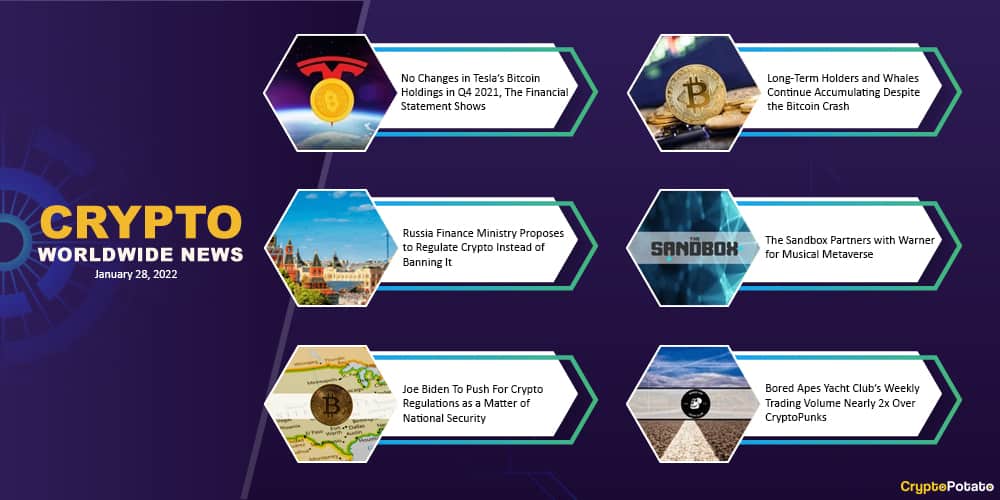 To say that the last seven days were rough on the cryptocurrency market would be a wild understatement. A lot happened, and the volatility jumped through the roof, so let’s start with Bitcoin.

BTC’s price started going down right from the get-go. Last Saturday, it went from $39K to $36K, but the bears weren’t finished yet. Later in the day, BTC dropped below $35K and, over the next hours, consolidated around that level. On Sunday, the cryptocurrency attempted to recover a bit, but it failed, reaching a high slightly above $36K on Monday morning.

And that’s when things started getting violent. In a few vicious red candles, the price was suddenly trading at around $33K and even dipped below that on Binance. This left hundreds of millions worth of liquidations in a single day, further cementing the already-established market sentiment of extreme fear. However, the price bounced on the same day and jumped from $33K to above $37K, displaying tremendous volatility. BTC was recovering seemingly very well until the Fed’s FOMC meeting on Wednesday.

Immediately after the meeting, both Bitcoin and Wall Street plunged as Powell blamed supply and demand imbalance for the fact that the CPI rate is well above the Fed’s target of 2%. Furthermore, the Chairman said that “the Fed will be moving away from a very highly accommodative policy to a substantially less accommodative policy, to a policy that’s not accommodative, in time.”

But that wasn’t the only thing causing turmoil on the markets. Russia’s central bank also came out in favor of a blanket ban on cryptocurrencies in the industry. However, Vladimir Putin said that Bitcoin mining could provide Russia with competitive advantages and that they are already well-positioned. Soon after that, the country’s Financial Ministry proposed to regulate the industry instead of outright banning it.

In any case, at the time of this writing, Bitcoin sits slightly below $37K, and it appears that neither side is willing to establish complete control. It remains very exciting to see how the market will shape up in the coming days.

No Changes in Tesla’s Bitcoin Holdings in Q4 2021, The Financial Statement Shows. It’s the time of the year when quarterly financial reports are starting to pop, and Tesla published theirs. The document reveals that the company made no changes in regards to its Bitcoin holdings – it didn’t buy more, and it didn’t sell any.

Long-Term Holders and Whales Continue Accumulating Despite the Bitcoin Crash (Research). According to in-depth analysis, long-term holders and Bitcoin whales remain completely unfazed throughout the recent market turmoil. In fact, these entities have been adding to their positions.

Russia Finance Ministry Proposes to Regulate Crypto Instead of Banning It. Russia’s debacle on cryptocurrencies continues. After the country’s central bank proposed a flat-out blanket ban on the industry, its Finance Ministry now came out with a suggestion to regulate it instead. President Putin seems to be leaning towards the latter.

The Sandbox Partners with Warner for Musical Metaverse. The popular metaverse platform – The Sandbox – continues to expand with new partnerships. This time, the project teamed up with Warner Music Group to work on a musical metaverse.

Bored Apes Yacht Club’s Weekly Trading Volume Nearly 2x Over CryptoPunks. The advent of the popular NFT collection – the Bored Ape Yacht Club – continues. Throughout the past seven days, its traded volume nearly doubled that of the famed CryptoPunks, cementing its position as the leading NFT collection presently.

This week we have a chart analysis of Ethereum, Ripple, Cardano, Solana, and Luna – click here for the full price analysis.