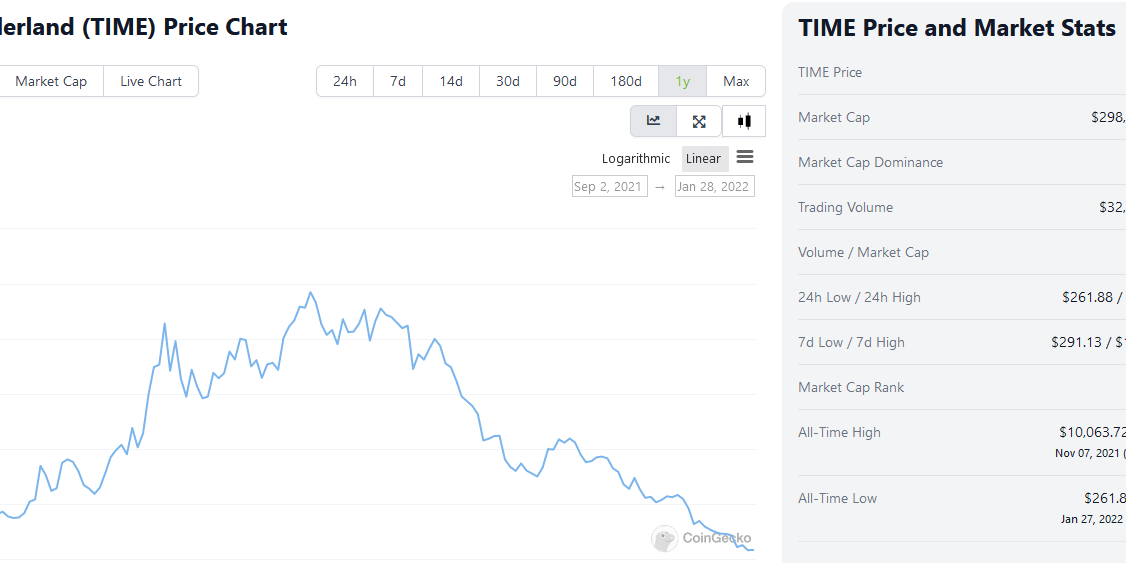 DeFi protocol Wonderland feels the heat after it was revealed its Treasury Head, also known as Sifu or 0xSifu, is Michael Patryn.

Patryn co-founded Canadian exchange QuadrigaCX, which went bankrupt in 2019 amid suspicious circumstances, including the death of its CEO, Gerald Cotten.

The QuadrigaCX connection has spooked Wonderland investors, triggering a 45% drop on Tuesday as rumors began circulating.

Even before Patryn was outed, Wonderland was struggling to maintain its price. Since its $10,000 November 2021 all-time high, TIME has lost 97% of its value.

Wonderland founder Daniele Sestagalli has responded to the backlash, saying he was aware of the situation. But he chose to overlook it based on a belief that an individual’s past doesn’t determine their future.

“1/ Today allegations about our team member@0xSifuwill circulate. I want everyone to know that I was aware of this and decided that the past of an individual doesn’t determine their future. I choose to value the time we spent together without knowing his past more than anything.”

This position is not widely shared by investors, who remain skeptical of Patryn’s involvement with the project, especially as his role relates to funding management.

What is Wonderland (TIME)?

Olympus DAO set out to acquire its own liquidity, such as buying stablecoins, instead of borrowing it via yield farming. This process enabled huge APY returns for token stakers.

Several other protocols, including Wonderland, forked from Olympus DAO in the hopes of attracting investors through high returns.

Wonderland differs from the Olympus DAO in that it runs on Avalanche instead of Ethereum. And sells itself as being able to maintain a 79,000% APY, unlike Olympus DAO, which has reduced its returns over time.

The project was created by an anonymous team but known to be closely affiliated with lending platform Abracadabra.money, founded by Sestagalli, who is also behind Popsicle Finance.

Despite Sestagalli’s initial support for Patryn, he later posted a statement saying, on reflection, he is asking Patryn to step down until a community vote determines whether he can stay on.

At the height of the QuadrigaCX scandal, investigations by local news outlet The Globe And Mail uncovered Patryn previously went by the name Omar Dhanani and spent time in prison for card fraud, burglary, grand larceny, and computer fraud.

While there is a moral argument for giving second chances, some Wonderland investors point out Patryn has been pardoned more than once.

According to Bloomberg, Patryn is in the midst of “rapidly offloading” tokens, presumably to an off-ramp and wait things out.

“A crypto wallet identified as belonging to Patryn appeared to be rapidly offloading various tokens on Thursday, with its total net worth dropping from $450 million to $70 million in a matter of hours, according to trackers DeBank and Zapper.”

Investigations into QuadrigaCX do not implicate Patryn in the scandal. He left the firm in 2016 before Cotten began mismanaging the operation.