Tobias Lütke, CEO of Shopify, to join Coinbase Board of Directors 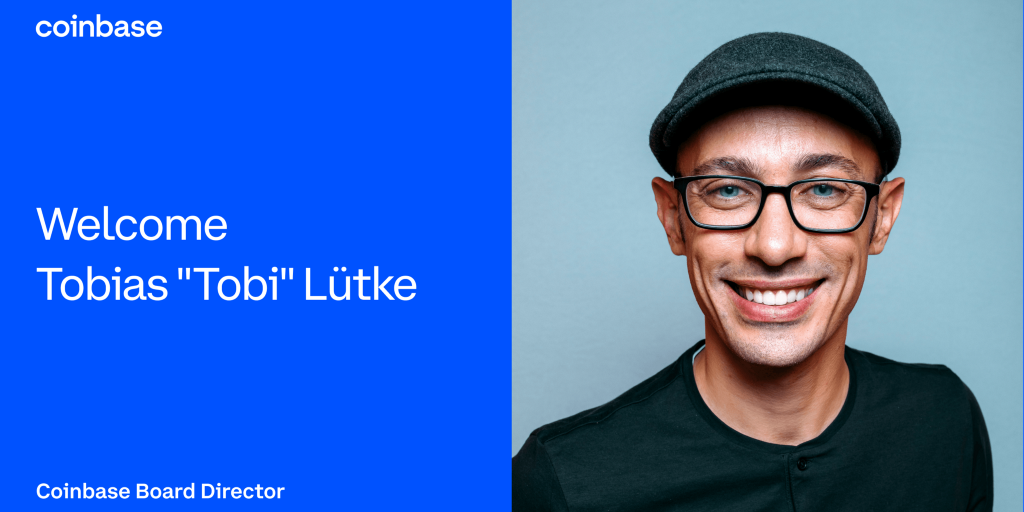 By Brian Armstrong, CEO and Co-Founder

Commerce pioneer and respected open-source programmer, Lütke will bring his global experience and perspective to bear as Coinbase seeks to expand its international footprint and build new products

I’m excited to share that Tobias “Tobi” Lütke, CEO and founder of Shopify, will join Coinbase’s Board of Directors*.

Tobi brings a wide variety of skills and expertise to the Coinbase board. First and foremost, he is a tremendous entrepreneur, building Shopify from the ground up into a global commerce leader. He also deeply believes in the power of crypto and was an early adopter of crypto through Shopify’s integration with Coinbase Commerce. Serving millions of merchants in more than 175 countries, Shopify sits at the nexus of three important areas that crypto seeks to revolutionize: Finance and payments, web applications, and the internet itself.

A builder at heart, Tobi began writing computer code in his early teens. He soon became an active member of the open source community, contributing to projects such as Ruby on Rails, Liquid and ActiveMerchant. Building on his experience developing open source projects, Tobi launched an ecommerce platform in 2004 focused on selling snowboarding equipment. This online store soon grew into what we know today as Shopify. Tobi’s experience as a founder & CEO, scaling his business from a small, niche online marketplace into what has become a critical backbone of global ecommerce will help guide Coinbase as we seek to bring crypto to more people and businesses around the world.

“The concepts of decentralized finance and entrepreneurship exemplify the promise of Web3 where opportunity exists for the many, not the few,” said Tobi Lutke. “Coinbase and Shopify share this like-minded vision, and I am excited to join the Board to support the future that Brian and the Coinbase team are building.”

Shopify put a powerful, yet simplified platform into the hands of millions of merchants across the globe, and in the process changed the lives of billions of people. With his guidance, we hope to unlock crypto’s potential to increase economic freedom in the same way Shopify democratized online commerce.

I look forward to working with and learning from Tobi as we work to grow the cryptoeconomy.

*Subject to formal Board confirmation later this week.

Tobias Lütke, CEO of Shopify, to join Coinbase Board of Directors was originally published in The Coinbase Blog on Medium, where people are continuing the conversation by highlighting and responding to this story.