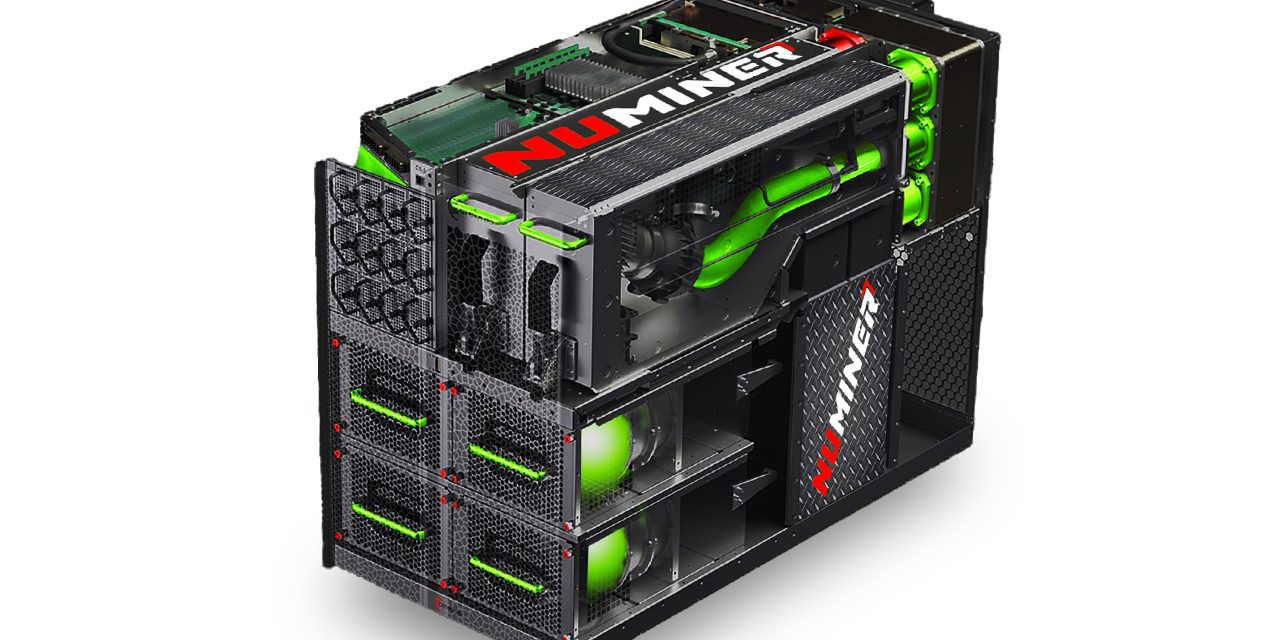 The cryptocurrency community has been discussing a newly announced bitcoin miner called the Numiner NM440 that claims to produce speeds of up to 440 terahash per second (TH/s). Furthermore, a publicly-listed company called Sphere 3D has detailed that it purchased 60,000 Numiner NM440 mining rigs and aims to deploy 32 exahash per second (EH/s) of SHA256 hashpower. Furthermore, there’s been some disbelief among members of the crypto community on whether or not the hashrate speed claims are legitimate.

A number of crypto supporters have been talking about a new bitcoin (BTC) miner that claims to process speeds that are higher than any mining rig on the market today. Furthermore, the machine called the Numiner NM440 series, allegedly processes at higher hashrate speeds than Bitmain’s upcoming models. That’s because the Numiner NM440s reportedly produces 440 TH/s, in comparison to the Bitmain Antminer S19 XP (140 TH/s) and the Antminer S19 Pro+ Hyd. (198 TH/s).

In addition to the newly announced mining rigs, a publicly-listed firm called Sphere 3D (Nasdaq: ANY) has announced it has purchased 60,000 Numiner NM440s. According to the press release, Sphere 3D will “receive 12 pre-production NM440s for final evaluation and testing to [be] completed on or before June 1, 2022.”

Sphere 3D, the data management firm that is merging with bitcoin miner Gryphon Digital Mining in a SPAC transaction, has signed a deal with mining computer maker NuMiner Technologies to purchase 60,000 its high-end NM440 machines for $1.7 billion@Sphere3D

After a final evaluation, more batches will be shipped to Sphere 3D with the option to purchase an additional 26.4 EH/s of machines. The current deal of 60,000 NM440s cost Sphere 3D $1.7 billion, according to the company. Sphere 3D’s stocks saw a rise after the announcement, jumping 30% higher.

We launched with ~$1.7B in sales to preferred customer @Sphere3D. With only 60,000 machines, @Sphere3D will be one of the largest bitcoin miners in the global bitcoin mining industry. Learn more: https://t.co/kLQpNqhHhQ

According to Numiner’s website, the firm says the flagship NM440 is “the world’s most powerful and environmentally friendly miner.” In addition to the massive 440 TH/s, the specifications claim a single NM440 gets an efficiency rating of 20.2 joules per terahash (J/TH). The web portal claims the machines give a 75% reduction in energy consumption and the firm further insists if “all bitcoin miners deployed the NM440, global bitcoin mining energy consumption in 2021 would drop from ~121 terawatt-hours (TWh) of electricity1 to ~30 TWh.”

While the specifications are better than most machines on the market, people are wondering if the machines are legitimate and individuals are curious about the new company. Poolin’s Alejandro De La Torre tweeted about the new miner and said: “Never heard of these guys before.” Luxor Mining tweeted about the announcement as well and on Twitter it asked its followers if people thought it was legit.

“Numiner came out of nowhere and announced a 444 TH/s miner with an efficiency of 20.2 J/TH,” Luxor Mining said. “These specs would make it an industry-leading ASIC. What do we think fam, is this thing legit?”

Luxor Mining continued to be skeptical and further said: “Jokes aside regarding the Numiner NM440: When we saw Gryphon’s preorder yesterday, we were highly skeptical but gave the rig the benefit of the doubt due to Gryphon’s press release. That said, there are too many red flags for us to regard the NM440 as a legitimate product,” the mining operation added. Luxor Mining further remarked:

The NM440’s reported specs are highly dubious, as are NuMiner’s marketing materials. Further, there’s very little information on NuMiner’s development and team. As such, we cannot attest to the validity of the product and would caution our followers against it at this time.

The Chinese journalist known as Wu Blockchain discussed the Numiner project as well on February 3. “Numiner announced its new bitcoin mining machine NM440, uses TSMC chips and cooperates with Foxconn and Xilinx, the highest 440T in history and 20.2 J/T. Sphere 3D has committed to buy 60,000 NM440 for $1.7 [billion]. (The authenticity of the data is questionable),” Wu Blockchain said.

The website does say that the Numiner models are being produced in coordination with TSMC, Foxconn and Xilinx. While many questioned the legitimacy of the project, others made jokes about the pictured unit’s Mountain Dew colors, aesthetics and features.

Meanwhile, the bitcoin miner Gryphon Digital Mining’s special purpose acquisition company (SPAC) deal was reported on by Coindesk in mid-November 2021. The publication further covered Sphere 3D’s acquisition of 60,000 mining rigs from Numiner on Thursday. Gryphon tweeted on February 3, and said that the mining operation was “excited at the prospect of working with Numiner as our pending merger partner, Sphere 3D.” Interestingly, Sphere 3D hasn’t tweeted since February 14, 2019.