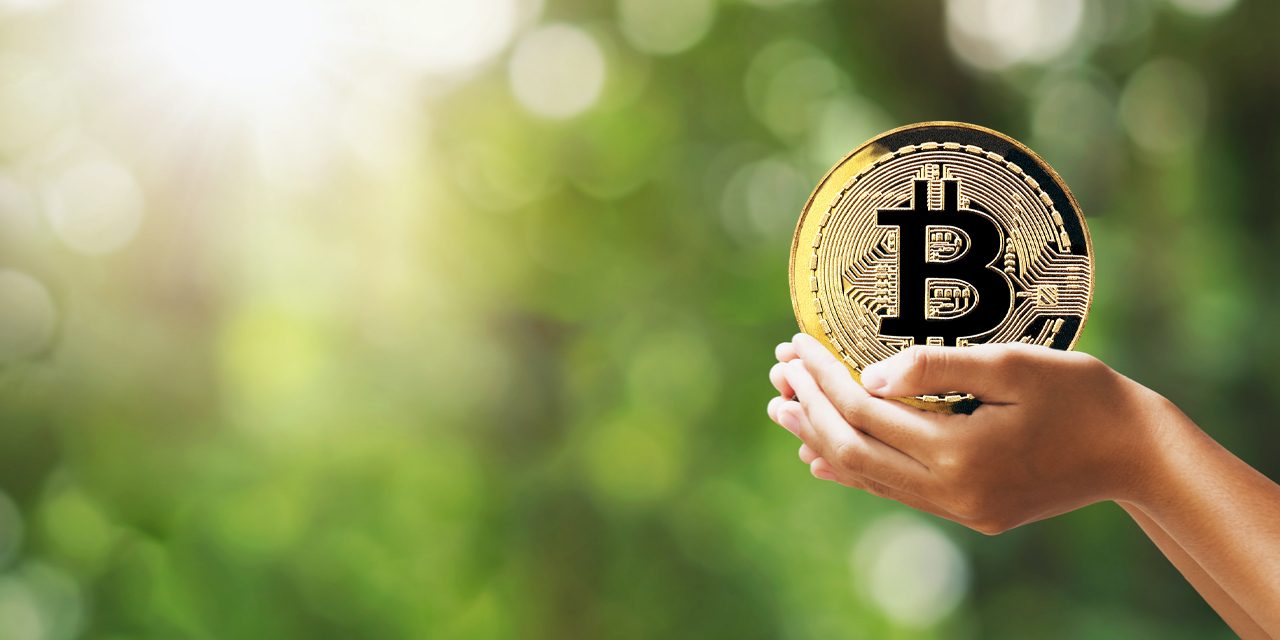 During the last year, Bitcoin — the cryptocurrency network that leverages proof-of-work (PoW) to process transactions and secure the protocol — has received a lot of criticism about its environmental impact. This week, the cryptocurrency firm Coinshares published a report that shows talking points condemning the network’s electrical consumption have been greatly exaggerated. According to Coinshares’ data, Bitcoin’s mining infrastructure accounts for 0.08% of the world’s carbon dioxide (CO2) production today.

Despite ESG Critics, Studies Show ‘Bitcoin Mining Acts as an Energy Sink’ and Consumes Less Energy Than the Banking Industry

There’s been a lot of disapproval by people who wholeheartedly believe the Bitcoin network is bad for the environment. Many have condemned Bitcoin’s PoW because they believe it requires too much energy to keep the network running strong. Although, the critics never discuss the U.S. dollar’s energy consumption and how it is also enforced by state violence. Detractors also leverage data with extreme bias and inaccuracies stemming from the Digiconomist website. For example, the web portal is operated by Alex de Vries, an employee of De Nederlandsche Bank NV (DNB).

Despite the fault-finding critics, numerous reports have shown that Bitcoin’s energy consumption is far less than alternative financial systems. In May 2021, Galaxy Digital published a study on the energy consumption of bitcoin mining, and it found it was far less than the energy the gold or banking industry consumes. Galaxy Digital also described how methane emissions are leveraged by companies like Great American Mining, Upstream Data, and Crusoe Energy Systems by turning wasted flare gas into consumable energy. Galaxy Digital’s study notes:

Bitcoin mining is the ideal energy sink: anyone, anywhere, can monetize excess energy by plugging in equipment and switching it off at their convenience. One example of where Bitcoin mining acts as an energy sink is in oil fields, resulting in a direct reduction in methane emissions.

This week Coinshares published its bitcoin mining report, a study that provides the most current data concerning the state of the bitcoin mining industry alongside environmental, social, and governance (ESG) concerns. The Coinshares report estimates the Bitcoin protocol emitted 42 megatons of CO2 in 2021.

The study highlights that the earth’s total emissions in 2019 amount to 49,360 megatons of CO2. In addition to the network’s mining infrastructure accounting for 0.08% of the world’s carbon dioxide, Bitcoin’s energy draw is also 0.05% of the total energy consumed globally. The Coinshares study says:

As a point of reference, total global energy consumption (not production, which is considerably higher) in 2019 has been estimated at 162,194 TWh. At an annual energy draw of 89 TWh, the Bitcoin mining network uses approximately 0.05% of the total energy consumed globally. This strikes us as a small cost for a global monetary system, and on the global energy balance sheet, it amounts to a rounding error.

Meanwhile, ESG concerns have caused numerous companies to drop bitcoin support or consider dropping bitcoin in the future. For instance, the software community Mozilla paused the ability to donate cryptocurrencies over “environmental impact” concerns. Tesla also dropped bitcoin acceptance because of its impact on the environment. Following Mozilla, the Wikimedia Foundation considered dropping crypto donations for the same reasons and Wikimedia members leveraged the Digiconomist’s inaccurate data that has been debunked on many occasions over bias and data discrepancies.

The bitcoin mining report published by Coinshares this week shows that the ESG concerns over the last 12 months have been greatly exaggerated. Coinshares says that the current focus should be spent more on producing renewable energy resources, rather than attacking a monetary innovation that has an insignificant emission rate and energy draw.

“While it is clear that there currently are emissions created as a result of bitcoin mining, these emissions are not only insignificant on a global scale, but they are in no way necessary in and of themselves,” the Coinshares report concludes. “Bitcoin will be 100% renewable as soon as our electricity generation is 100% renewable. Our focus should be on building out renewable power generation, not on stifling the development of monetary technology.”

What do you think about the report published by Coinshares that shows the Bitcoin network’s emissions account for only around 0.08% of the world’s carbon dioxide production today? Let us know what you think about this subject in the comments section below.