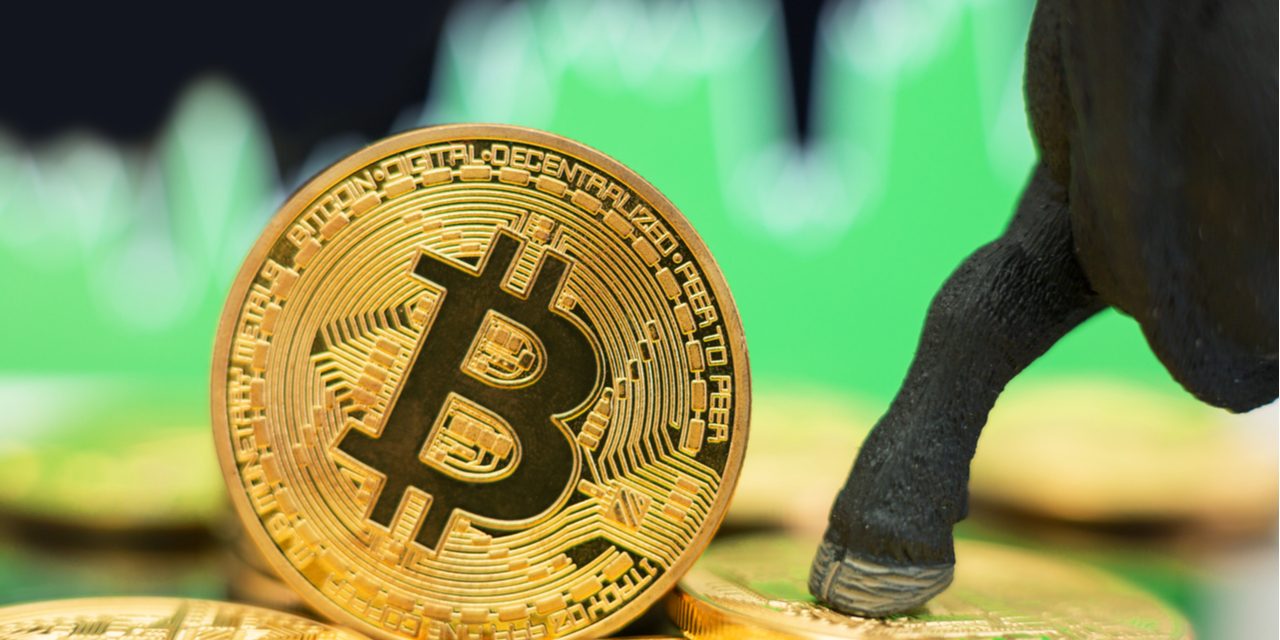 Following four consecutive sessions of declines, bitcoin rallied late on Monday, into Tuesday, as it was reported that Russia was withdrawing some troops from the Ukrainian border. Overall, crypto markets are up close to 5% on the day.

BTC finally rebounded during Tuesday’s session, as bulls once again re-entered the race to $45,000.

Today’s rally came as prices moved away from support which was close to $41,000, helped by the increase in momentum.

This rise in momentum came as the short-term 10-day (red) moving average appears to have moved away from its recent horizontal path, and now seems to be trending upward.

In addition to this, the Relative Strength Index (RSI) broke the resistance of 56.43, which as outlined yesterday, was a key obstacle preventing bulls from re-entering.

Now that this has happened, the RSI is currently tracking at 61, however, a new hurdle could be awaiting it at the 65.20 area.

Aside from this, the skies look relatively clear as the price of bitcoin looks to fly toward resistance of $45,000.

Ethereum was also higher on Tuesday, as bulls once again pushed prices above the $3,000 level.

As of writing, ETH was over 6% higher on the day, with the 14-day RSI also moving beyond its ceiling at 51.64, and is currently four points away from the next point of uncertainty.

Today’s move comes following a low of $2,867.31 to start the week, however with this new-found momentum, ethereum bulls could likely be targeting the $3,300 region.

Similar to BTC, the 10-day moving average seems to have been boosted by today’s swing, which will likely give bulls further confidence.

Can today’s momentum continue throughout the week? Leave your thoughts in the comments below.