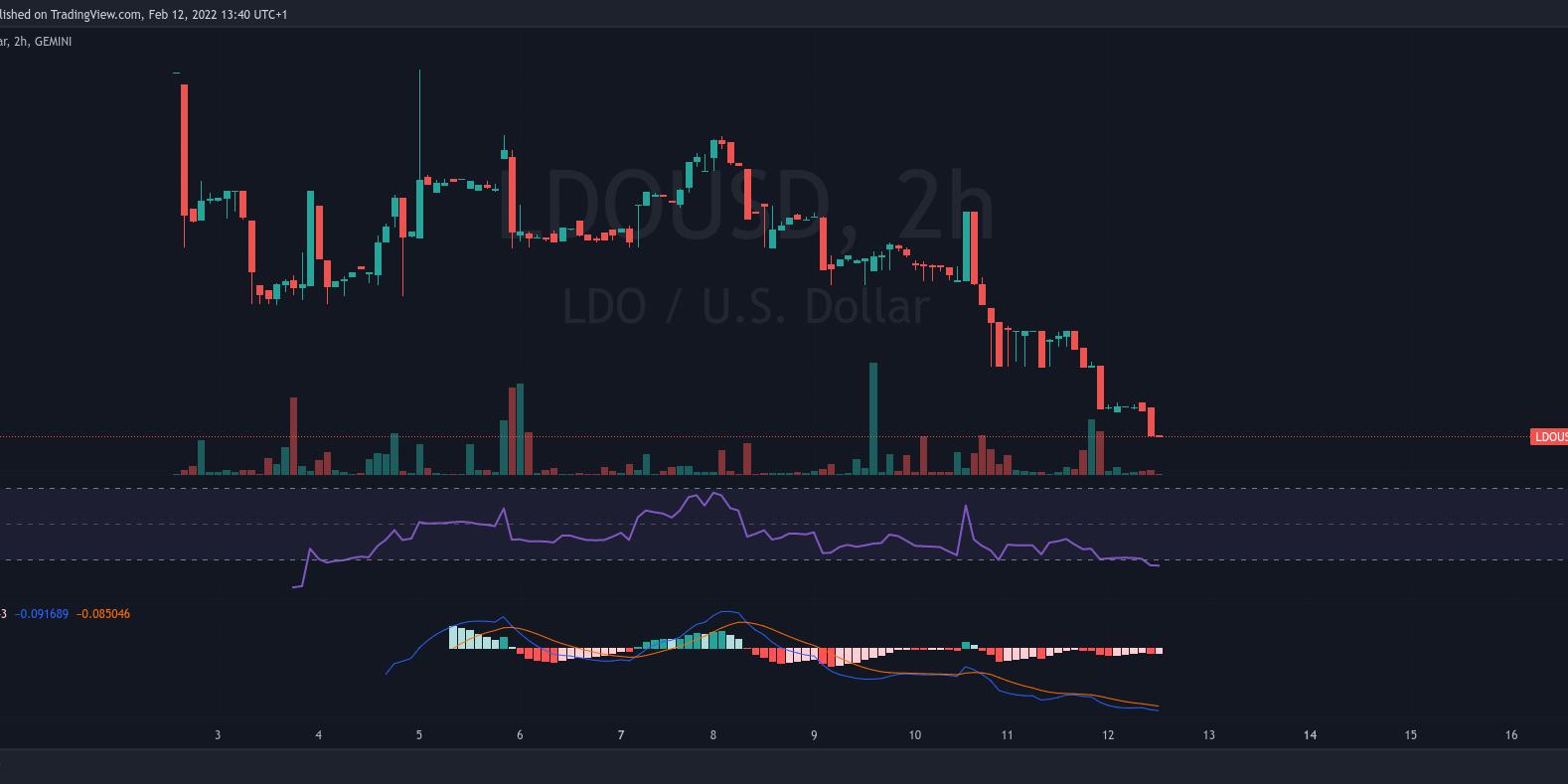 When El Salvador legalized Bitcoin on September 7, 2021, most of the economies criticized their stance with the IMF compelling El Salvador to reverse the decision of adopting BTC as a legal tender or be prepared for the consequences in the near future. Fast forward to 2022, we do see other countries following in the footsteps of El Salvador like India recognizing crypto as an asset and taxing any trade-in cryptocurrencies at a flat 30% rate. And, Russia is on the cusp of tabling the crypto bill in the parliament which would make BTC a legal tender in the country. Such breakouts have again attracted Bitcoin whales and even long-term investors are again pumping up their hard-earned money to the crypto market, especially Bitcoin.

As a result, after as many as 6 months of sluggishness, BTC which slipped 50% in value from the historical ATH of 69,000 to $33,000, has started to witness positive optimism building around the crypto. The MACD or Moving Average Convergence Divergence for the first time witnessed a cross-over of 50 DAY Moving Average  (MA) over the 200 Day MA. Hence, it could set the precedent for some good days ahead; but, the majority of alt-coins ended up as the worst crypto for investment despite BTC’s much-anticipated breakout in the future. Apart from Ethereum, all other alt-coins failed to establish fresh signs of revival. For example, Cardano has dropped 19% after some positive actions lately.

Solana, on the other hand, recorded a sharp fall of 20%, Shiba and Doge witnessed no different fate by recording an unparalleled 35% to 50% downward spiral. But, there are a few cryptocurrencies that did lose considerable value within the last week making them worst crypto for investment in February which almost seems impossible to digest post their steady run all this while. In case you are not aware of them, read on to explore them now.

Worst Performing Cryptos of the Week

The LDO token witnessed momentum building from February 5; however, post-February 8, we did see the momentum waning and the token continuously dipping to new lows. After registering some good gains on February 8 at 7.30 AM  where the token was trading at 2.31, it has gradually taken a U-turn and fallen to a new low of $1.61 on February 11. In January, the token lost 35% of its value. Whereas, in February, the poor show continues with almost 50% value written off in a few days.

Kadena was a top-performing cryptocurrency last year, however, the market for the crypto has fallen in the last few months post the fear of bear market in crypto. If you look at the charts, KDA token has recorded an average 13% downside in its price. The momentum has stalled after February 8 when the token was trading at $9.24. At the moment, prices have consolidated at the $8.35 level with a 12.5 % write-off in its value at the time of writing. Charts suggest we are at the best buy zone though to witness an upside in the future.

WAXE token has witnessed no different fate where it has fallen after a good show last week. At the moment, the token has been trading at somewhere close to $358, which is 15% less than the highest point the token recorded on February 2.

CVX token had a good rally building up from February 2 onwards where prices shot up to as high as $29.91 from $27.32 recorded on February 8; however, the breakout failed to sustain itself and we saw prices falling as low as $25.21 on February 11. The token has nearly lost 20% of its value in a matter of a few days. Despite the sideways trend currently present in CVX prices, we are currently at the very low of that channel, hence the token losing its price.

Arweave’s poor show hasn’t been continuing for weeks but months. Even if you look at the 3 months chart, the token has been falling continuously mimicking Solana since Solana’s data is stored on AR Weave. Even the last week hasn’t been much on the brighter side with the token gradually appreciating to a $42 level on 7th February after a long downside. However, it was unable to build support for long and prices slid to as low as $35 at the time of writing. In the last couple of weeks AR Weave recorded more than 20% to 25% token depreciation.

Though these cryptos have fared worse this week, nonetheless, they do have a strong use case for the future. Especially tokens like Kadena. Not a financial advice though but if you have bought them, for safe keeping a hardware wallet could be a good option to pick. These wallets protect your coins from misuse since you own the private keys which are fully in your own control.