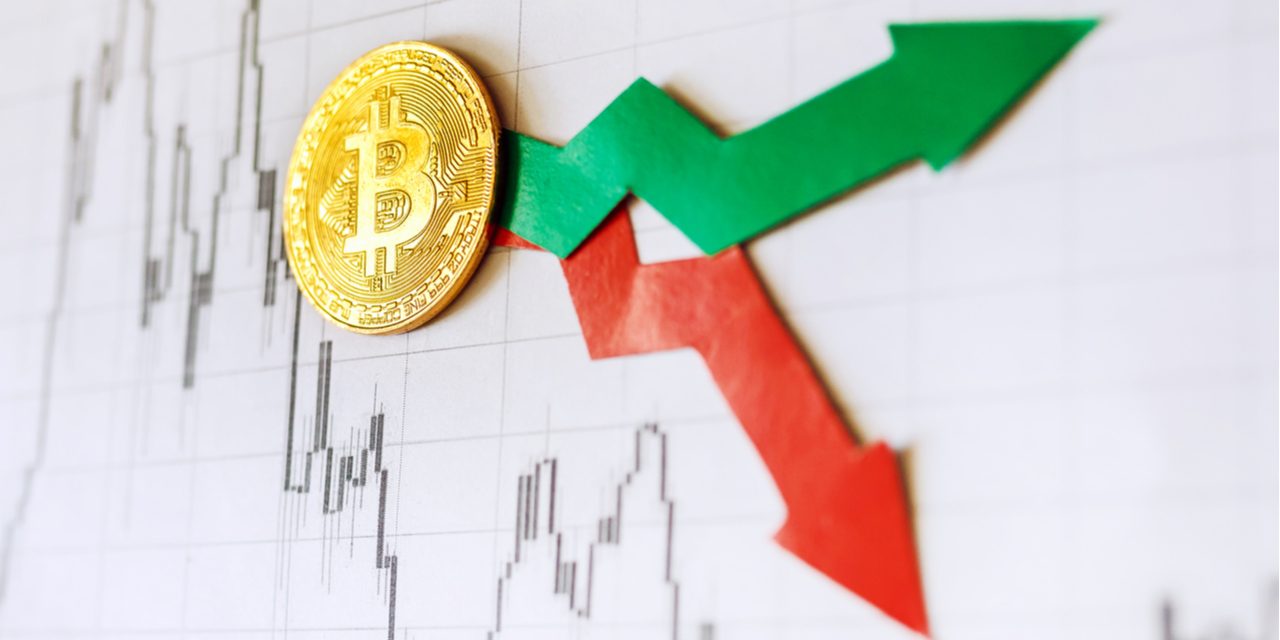 Following a strong start to the week, crypto markets are submerged under a red wave as we head into the weekend. Bitcoin and ethereum are both lower, giving up some of this week’s gains in the process.

Bitcoin followed up Thursday’s volatile session with even more uncertainty today, as the world’s largest cryptocurrency was once again falling.

Following a rise to $45,101.17 yesterday, BTC/USD fell to an intraday low of $42,864.32 earlier in today’s session, as it appeared that bears were pushing prices towards support.

The selloff started after resistance of $44,750 was held during yesterday’s session, with bears piling in, in order to short bitcoin.

This comes as the 14-day Relative Strength Index (RSI) has flatlined, and is currently tracking at 60, which is still overbought.

Some believe with price strength uncertain, BTC/USD could go either way, depending on how momentum begins to mature.

As constructed, the short-term ten-day (red) moving average still looks to be bullish, helped by the current ascending triangle which has formed in recent weeks.

Bulls will now likely wait to see if this will be enough to inspire fellow buyers to re-enter.

Ethereum is trading close to 5% lower as of writing, as the world’s second largest cryptocurrency looks set for consolidation.

ETH/USD fell to an intraday low of $3,018.56 on Friday, which is the lowest price ETH has hit this week.

This selloff from resistance of $3,285 pushed ethereum marginally below its recent support level of $3,022, however, the move appears to be a false break.

Recent momentum shows that prices are hitting a streak of higher highs, as seen by the ascending triangle, however a wall seems to have been hit, stopping further progression..

Could bulls use today’s low as a chance to “buy the dip”? Leave your thoughts in the comments below.