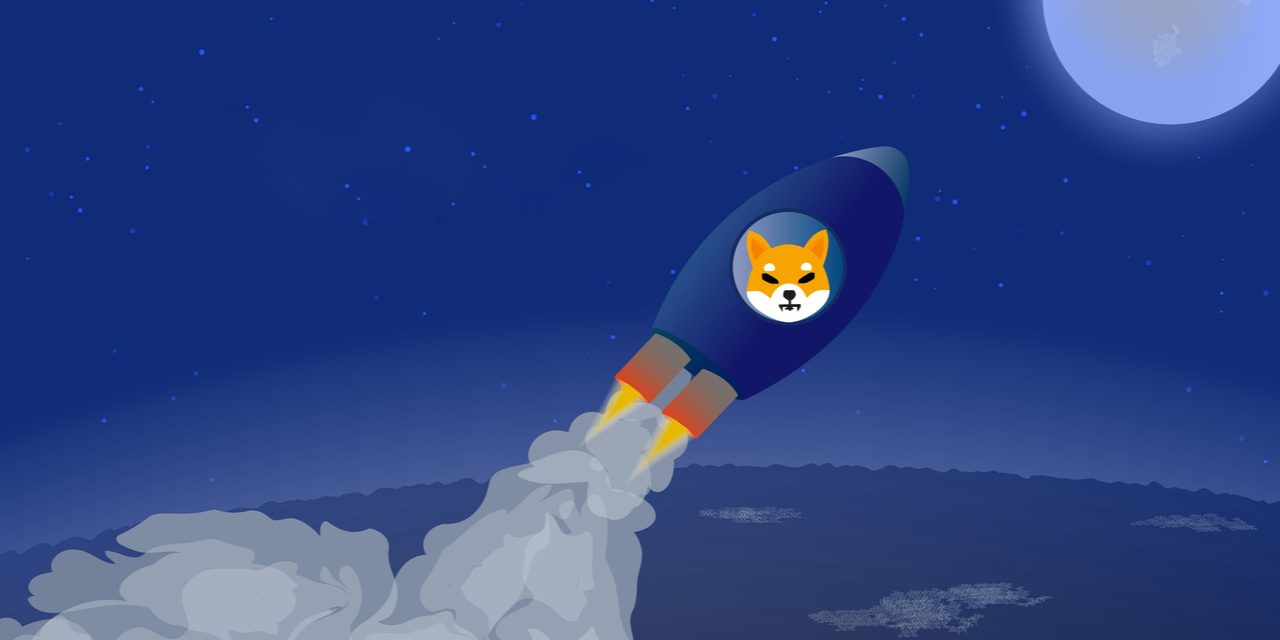 Shiba inu (SHIB) is up over 50% as of writing, with cryptocurrency markets continuing to gain momentum to start the week. The so-called ‘meme coin’ rally has seen SHIB recapture a $16 billion market capitalization.

On Monday, bitcoin (BTC) and ethereum (ETH) both reached multi-week highs, with DOGE and XRP also trading over 10% higher, however, none of these came close to today’s big gainer.

As seen from the chart, prices now trade marginally over resistance of $0.00003374, which has been in price for the entirety of 2022 thus far.

Price currently tracks above the overbought threshold, however, many late entrants are sure to still enter the race.

Following almost 5-days of bullish pressure, crypto bears have somewhat been in hiding, and that continued on Monday.

Today’s biggest loser was LEO, which as of writing, is down around 2.60%, and comes as traders appear to be caching out on last weeks’ profits.

UNUS SED LEO has gained by as much as 40% in value over the last 7-days, and with its 14-day RSI tracking at 69.44, markets seem to have deemed this as being overbought.

Following its rally to a now all-time high of $5.44, LEO began to consolidate, and now seems to have found a short-term ceiling at $5.22.

Will the profit takers continue to liquidate their positions? Let us know your thoughts in the comments.