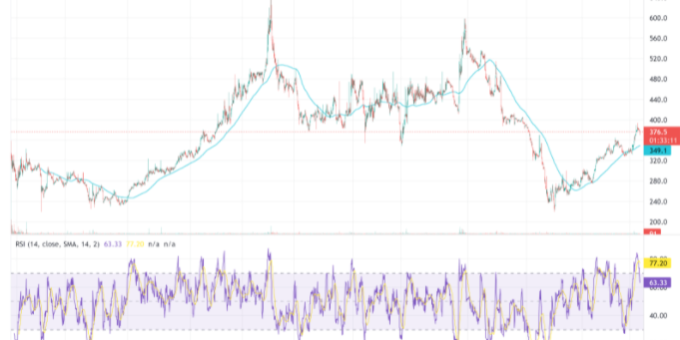 Savvy investors have the chance to cash in on the best DeFi investments for the long term following the recent gains recorded in the crypto market.

This review discusses some of the top DeFi assets with huge potential right now.

Gnosis Protocol is a fully permissionless decentralised exchange (DEX) that enables ring traders to optimise their available liquidity. Anyone can build integrations or list tokens on the Gnosis Protocol smart contract level, which doesn’t rely on a single operator.

Recently, Gnosis conducted a sweeping rebrand, changing its name to the Coincidence of Wants (CoW) protocol. The rebrand came due to the increasing popularity of CowSwap – a DEX that was the first built on Gnosis Protocol.

As part of the rebrand, GNO holders will lock their tokens on the protocol for a year to receive a vested airdrop of Cow (vCOW) tokens – native to CowSwap.

Another growth driver for Gnosis is its growing set of collaborations, which will boost access to GNO and improve activity on the network. Recently, the protocol collaborated with 1inch and Tornado Cash. More collaborations like these are sure to improve Gnosis, and they’re bullish for GNO investors.

Next on our list of the best DeFi investments is INJ – the native token for the Injective Protocol. Injective operates as a layer-one protocol that helps to facilitate the creation of cross-chain DeFi applications.

While it is not the biggest DeFi protocol, Injective has shown massive growth. The platform’s INJ token has had an impressive month, jumping by 38% since the start of February even despite the market’s shaky standing.

The biggest driver of growth for INJ has been the launch of the Injective Bridge v2. Launched in January, the bridge brings several updates including cross-chain compatibility with the Cosmos and Ethereum blockchains.

Thanks to the upgrade, Injective has now launched the first decentralised perpetual futures for Cosmos’ ATOM token. The exchange has also added spot trading for Chihuahua (HUAHUA) – a project based on Cosmos. The addition of new assets will increase trading volumes on the exchange, priming it for more growth over time.

If you’re a DeFi enthusiast, then Aave needs no introduction to you. This platform is one of the best DeFi investments, offering near-instant loans to people willing to borrow. When it comes to DeFi blue-chip assets, they barely get better than AAVE.

AAVE has been through a rough patch. The asset traded between the $133 and $163.9 range for a while, but it eventually broke out on February 5. While the coin has now slipped back into the range, investors are optimistic that it could jump once more.

Lens was built on the idea that content creators should own and control their property and digital identities. The platform is powered by non-fungible tokens (NFTs), and Aave hopes to invest more in it down the line.

Earlier this month, the first cross-chain governance proposal on Aave also passed. The proposal is expected to expand Aave’s functionality to the Polygon, bringing the protocol closer to users not on its native Ethereum blockchain.

While ACH has only been trading for a few weeks, the asset’s performance has been impressive, making it one of the best DeFi investments.

Adoption for Alchemy Pay has been rising, and the protocol’s expansion to different blockchains has also helped.

In January, Alchemy Pay went cross-chain, launching its version on the Binance Smart Chain. The listing of the asset on BSC-based DEXs like PancakeSwap has increased the pool of available ACH investors.

ACH has also been listed on Binance, and top exchanges like WazirX, XT Exchange, and CoinEx Global. With ACH becoming more of a household name, it looks like as good a time as any to purchase the asset.

Earlier this month, Qredo announced that it had raised $80 million in an oversubscribed Series A round. The round, which was led by 10T Holdings, included big names like Coinbase, Avalanche, and GoldenTree Asset Management.

The company has now raised a total of $120 million in the past year, with a current valuation of $460 million. With an important infrastructure that caters to DeFi protocols, Qredo is ripe for investment and growth.

It also helps that the company’s QRDO token, which rounds out our list of the best DeFi investments, has jumped by 39.46% this month already.

With many other assets recording modest gains, QERDO appears to be outperforming a significant portion of the industry.

How to Buy Aave – Invest with Low Fees Today