Artrade: Stepping into the NFTs Field With an Integrated Marketplace 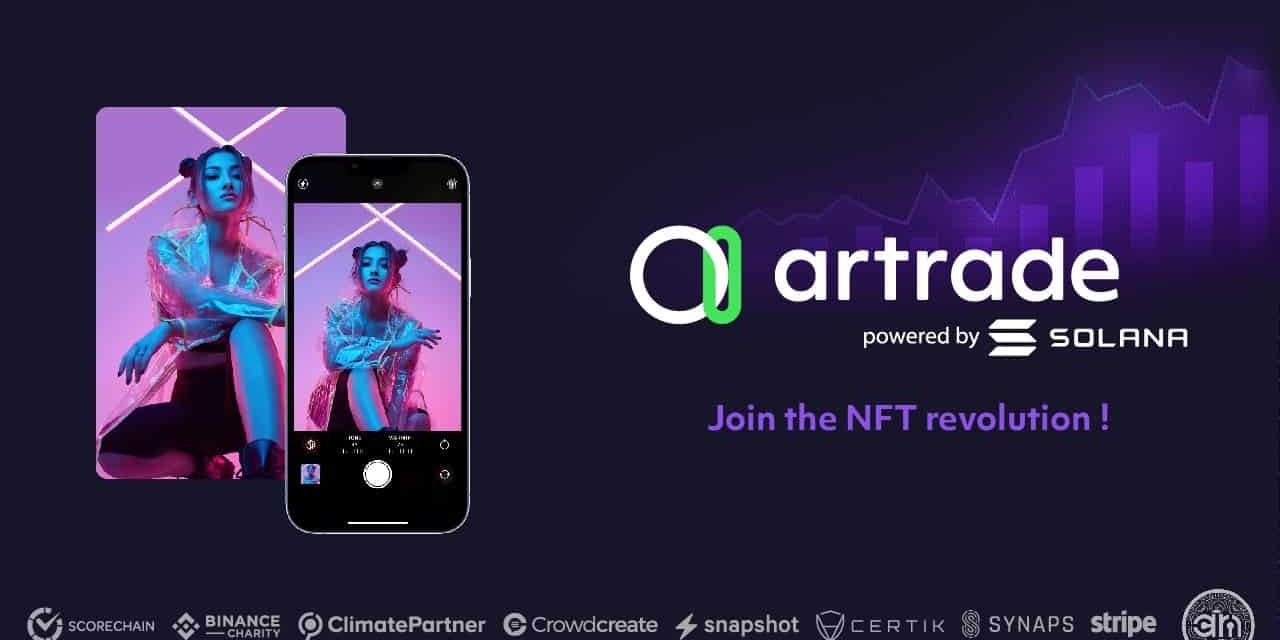 The past year can be characterized by many things, and we saw plenty of trends come and go to the cryptocurrency markets. One of them, however, stuck. What is more, it appears that it’s here to stay.

While non-fungible tokens (NFTs) made their grand appearance long ago, it wasn’t until 2021 that they really started to explode in popularity. Being February 2022, this trend shows no signs of slowing down.

What is more, NFTs are now touted as an integral part of a concept that’s also growing in popularity. Namely, that’s the metaverse – something that became one of the hottest topics towards the end of last year because of Facebook’s decision to rebrand to Meta and spend substantial effort into creating the metaverse.

Whether or not this will happen is a subject for a different discussion, but, in any case, the cat’s out of the bag, and there’s no turning back. NFTs became the go-to choice of retail investors and are currently the most commonly used gateway to the cryptocurrency industry.

As such, there’s a necessity for platforms that conceptualize different merits and make user onboarding a seamless process. This is where Artrade steps into the picture.

Artrade and Its Native Functionalities

The native token of Artrade, ATR, is the digital currency to facilitate transactions within the app for NFTs. However, the Artrade app allows users to grab NFTs with other digital currencies. Users who use ATR will purchase NFTs at a discount.

Once users purchase NFTs, they can put them up for display in private and public galleries, and if they choose to do so, they will be rewarded with a fraction of the native token. The value of the income earned depends entirely on the popularity of the digital art and its price.

Users will also benefit from the in-app stacking feature, which allows them to view the interest received from displaying their NFTs every day. Also, users may choose to leave the pool anytime. Artrade is putting power in the hands of users and participants by allowing them to create NFTs directly from their smartphones. However, this opportunity is reserved for those with social media influencers or popular people.

The project runs on Solana because the blockchain is fast and more affordable than Ethereum, albeit in its current state. The intention of the team behind Artrade is to make the project accessible on other blockchains and become a cross-chain platform.

Another reason for this is the purported lower carbon footprint of the Solana network, and to further emphasize this cause, Artrade has also partnered with ClimatePartner – a climate organization that monitors carbon emissions with the objective of certifying projects as “carbon neutral.” Artrade has reportedly received the green light.

Artrade aims to position itself as an NFT hub where new participants can access the digital marketplace and quickly become NFT owners without having to jump through major loops.

To get started with the app, new users should first download the mobile application to their smartphones. There’s also a desktop version. First-time users are asked to log in via their social media handles such as Instagram or Twitter.

Similarly, new users might be requested to enter their email addresses to create an Artrade wallet. Once social media handles have been authenticated, the platform requests buyers to add 2FA or faceID. Both authentication requirements are necessary for login, buy or sell orders, and crypto or NFT transactions – providing additional layers of security as the crypto space remains a target of bad actors.

Once approved, the platform associates its digital marketplace as a means of verification. Users are also able to buy and sell the native token throughout the application directly.