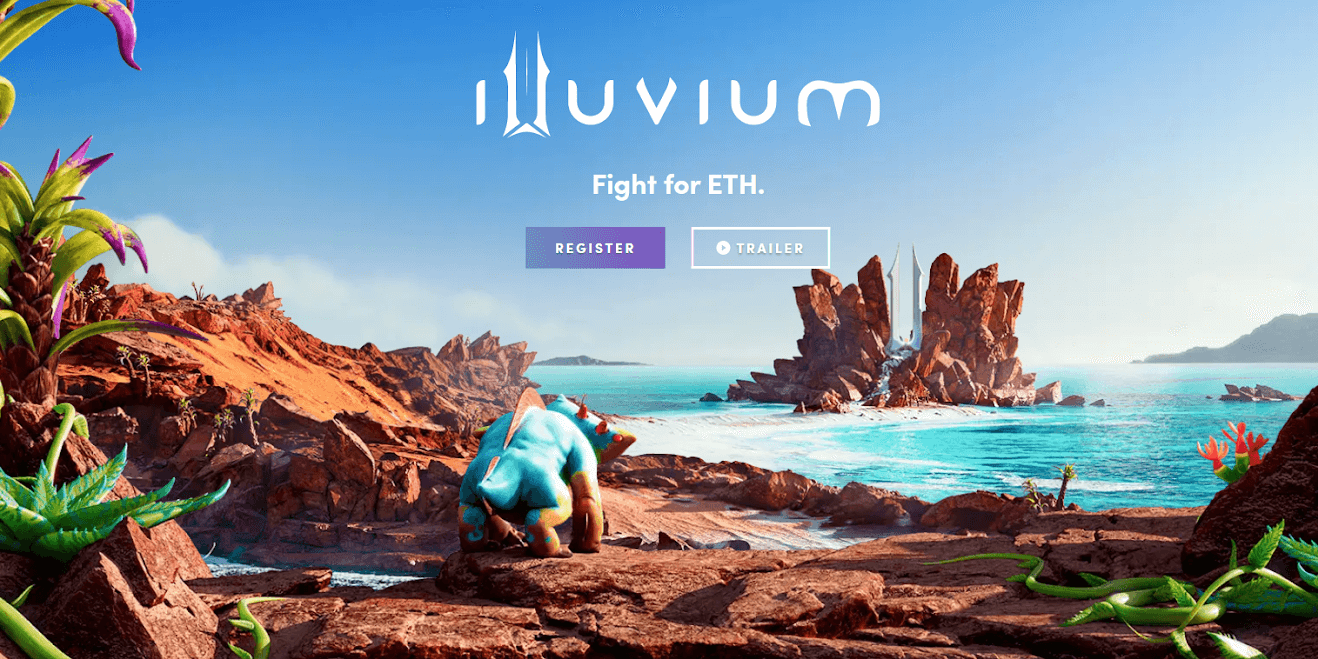 On Dec. 31, Illuvium’s official Discord channel got phished when attackers directed users to a website claiming to be Illuvium’s NFT platform, causing approximately $150,000 in losses.

One week later, the Illuvium team discovered a vulnerability in Illuvium’s staking contracts, which has allowed attackers to mint an unlimited amount of $sILV.

After these attacks, Illuvium’s trading volume dropped significantly, taking it from #7 in the volume ranking to #32.

Will Illuvium, whose liquidity mining and locked collateral features made it one of the hottest gaming projects (without any gameplay even live yet), be able to regain its trading volume?

And, will the attacks affect perceptions of the project as it prepares to launch a beta of its game?

There’s not even a game yet. Why is Illuvium so popular?

Illuvium is a decentralized NFT collection and RPG combat game built on Ethereum. The game is set on a mysterious alien world that can be explored and players can capture creatures called Illuvials.

Illuvium’s founding team includes Kieran and Aaron Warwick, brothers of Synthetix founder Kain Warwick. They have more than 7 years of experience in cryptocurrency projects, and have undertaken extensive research to make this game a success.

Illuvium includes many highly anticipated elements that have yet to be executed successfully in the play-to-earn space. For example:

There are two types of tokens in the game: ILV and sILV.

ILV is the native token of Illuvium. sILV is a synthetic ILV token used as in-game currency for capturing Illuvials. sILV cannot be used for inter-player transactions, such as buying or selling Illuvials.

According to Footprint Analytics, ILV’s coin price has been climbing since August 2021, when liquidity mining and other features were opened, peaking at $1,853 on Nov. 30.

However, the delayed launch of the Illuvium public beta prompted a precipitous drop in ILV, which was compounded by the theft of funds by attackers exploiting a vulnerability that dropped the price of ILV to $568, and trading volumes were equally bleak.

Some Challenges for Illuvium

According to Footprint Analytics, Illuvium was in GameFi’s Top 7 games with $1.43 million in trading volume as of Dec. 31, second only to Metaverse Miner.

Illuvium’s team responded to the attack by promptly revealing and patching the vulnerability. sILV casting has been suspended by Illuvium’s team to compensate users who lost money. In addition, various measures were taken to provide security for the protocol. These include:

Even though Illuvium has not yet gone alive, its well-known team, innovative gameplay, and attractive tokenomics model has attracted attention not only from players but attackers.

Luckily, Illuvium’s team acted quickly to regain trust and fix issues. The attacks have highlighted the importance of providing users with security rather than just performance, something that will be increasingly important as P2E gaming goes mainstream.

What is Footprint Analytics?

Footprint Analytics is an all-in-one analysis platform to visualize blockchain data and discover insights. It cleans and integrates on-chain data so users of any experience level can quickly start researching tokens, projects, and protocols. With over a thousand dashboard templates plus a drag-and-drop interface, anyone can build their own customized charts in minutes. Uncover blockchain data and invest smarter with Footprint.