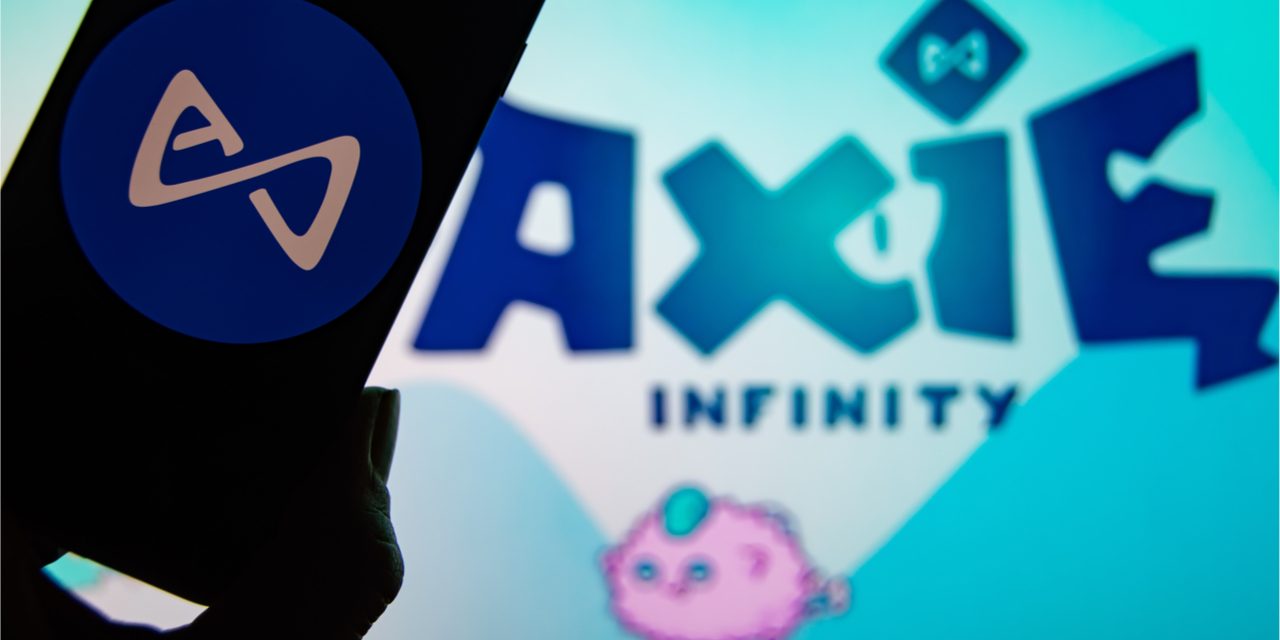 The Ethereum-based video game Axie Infinity has been very popular during the last 12 months as the P2E pet training world has seen significant demand. The game’s native digital currency axie infinity (AXS) has increased by 2,544% against the U.S. dollar over the last year.

This week, NFT metrics show, the project developed by Sky Mavis captured more than $4 billion worth of all-time NFT sales. Today, the average Axie Infinity sale price is $198.77 and the project has seen 1,905,222 traders, according to lifetime statistics.

With approximately $4.14 billion in all-time sales recorded at the time of writing, Axie Infinity is the third-largest NFT project in terms of all-time sales. The game’s NFT sales are below Opensea’s $21.85 billion and Looksrare’s reported $16.85 billion.

Despite the All-Time Sales Milestone, Axie Nft sales Are Down 40.58% During the Last Seven Days

While Axie Infinity is an Ethereum-based project, the game leverages the Ronin network so the network can scale without high fees and congestion issues. At the time of writing, the cross-chain Ronin Bridge has $3.3 billion total-vale locked, and it is down 15% since last week.

Statistics indicate that the Ronin-based decentralized exchange (dex) Katana is the fourth largest decentralized finance (defi) exchange in terms of volume. Katana has seen $30.8 million in 24-hour trade volume and has a balance of $475 million.

Even though all-time Axie Infinity NFT sales have crossed the $4 billion mark, sales are down 40.58% during the last seven days. Weekly statistics indicate Axie Infinity has processed $19,815,670 in sales via the Ronin blockchain. Axie NFTs last week saw 91,940 buyers across 267,906 transactions.

24-hour Axie NFT sales metrics show the project has seen $2.2 million in sales from 17,731 buyers. While Axie is the third-largest in all-time sales, it’s the fourth in 24-hour terms and the fifth over the last seven days. Over the last month, Axie placed eighth out of the top ten projects in terms of 30-day NFT sales.