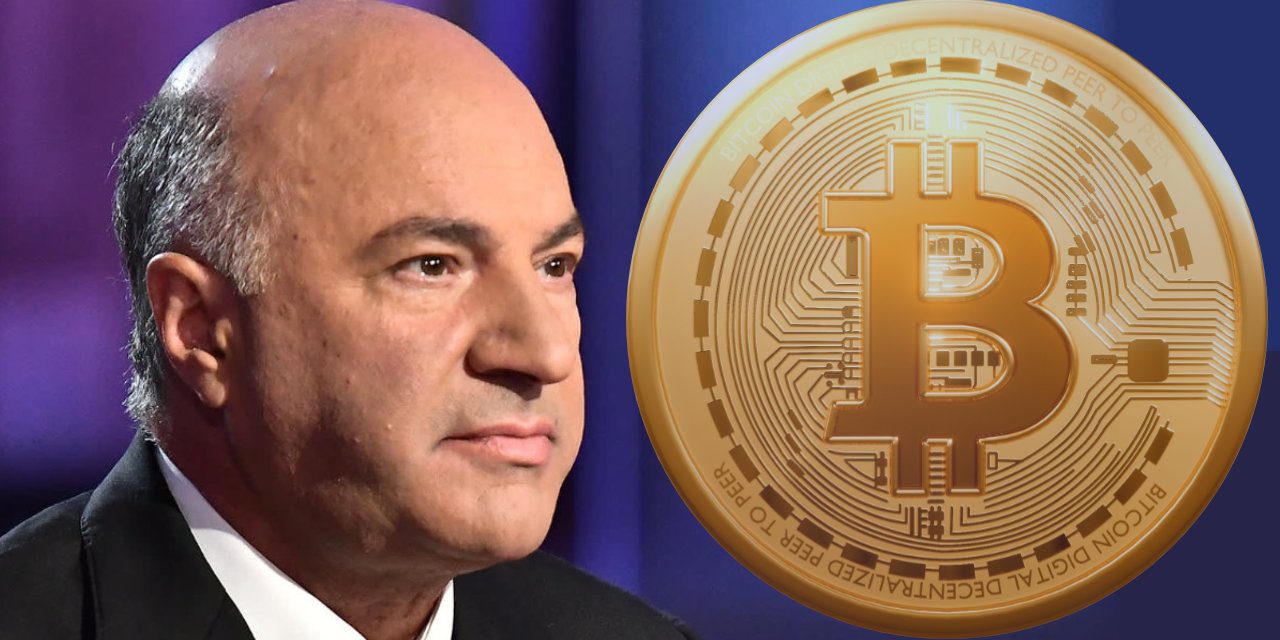 Kevin O’Leary, aka Mr. Wonderful, has shared what he thinks the price of bitcoin will be in the coming years. He said when institutions get the go-ahead from their compliance departments to invest in bitcoin, the price of the cryptocurrency “is going to appreciate dramatically.”

Shark Tank star Kevin O’Leary shared his prediction of the price of bitcoin in an interview with Stansberry Research last week.

He explained that many institutions are not allowed to invest in bitcoin, stating: “That’s well-known because it just hasn’t been ruled by the regulator yet. So, as a proxy to getting exposure to bitcoin, they buy the equities of public bitcoin mining companies, Marathon, Riot, etc.”

“I can tell you with certainty right now because I service sovereign wealth funds and pension plans,” Mr. Wonderful continued. “In the indexing business, for all the hype around bitcoin, none of those institutions own a single coin. And they are not going to until their compliance departments allow for the ESG mandates.” In addition, he noted that the crypto asset class itself has to be compliant.

When they do get that go-ahead, the price of the coin is going to appreciate dramatically.

“These institutions own Microsoft. They own Google. That’s software too, so it is very easy for them to get their heads around it. As soon as it’s compliant, they will buy 1% to 3%, and that’s when the price is going to appreciate,” he emphasized, elaborating:

I think that’s going to happen in the next two to three years.

In October last year, O’Leary said that if the U.S. regulator finally allowed financial services companies to call bitcoin an asset and put it into an exchange-traded fund (ETF) like they have in Canada, “there’d be another trillion dollars worth of buying into bitcoin.”

What do you think about Kevin O’Leary’s bitcoin prediction? Let us know in the comments section below.