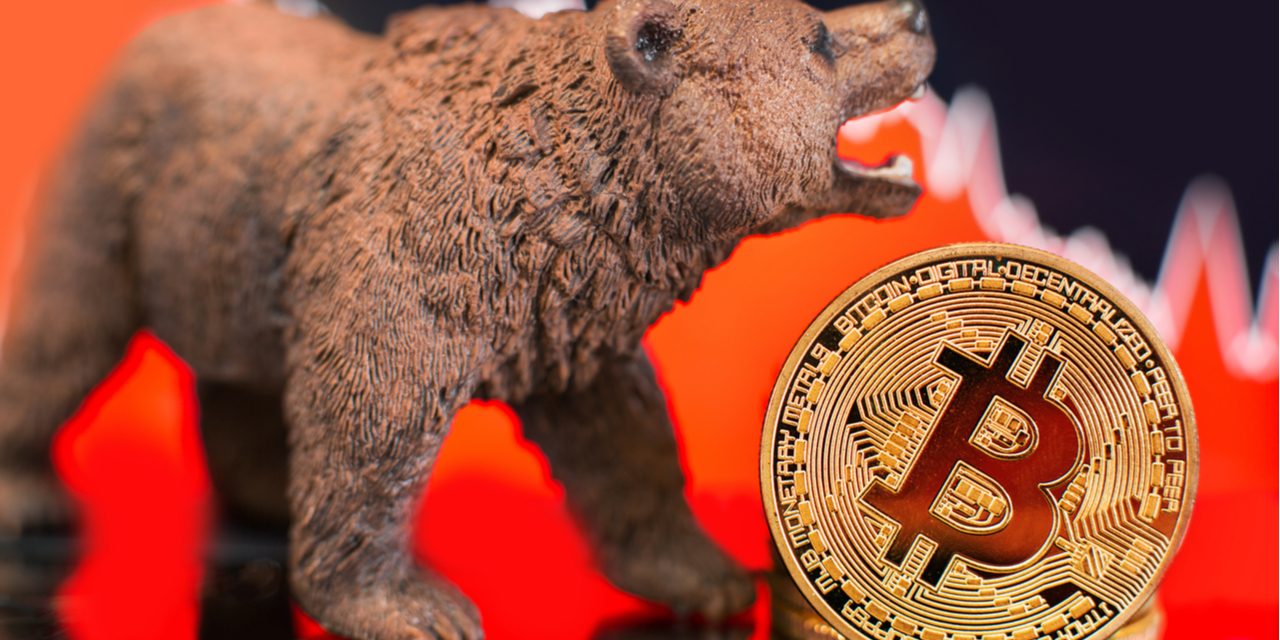 Losses in cryptocurrency markets extended on Friday, with bitcoin falling to multi-week lows in the process. Ethereum was also lower during the session, whilst the global crypto market cap was down 3.70% as of writing.

Bitcoin was down for a third consecutive session, as recent bearish pressure continued to intensify on the world’s largest cryptocurrency.

This drop in price comes as market uncertainty continues to heighten, with the situation between Russia and Ukraine likely one of the main culprits.

Traders, which typically see BTC as a high-risk asset, have moved to gold instead, leading to prices of the “safe haven” currency climbing to multi-month highs.

BTC/USD however seems to have found an interim floor after today’s selloff, with the 14-day RSI also consolidating, after earlier weakness.

After barely remaining above the $3,000 level yesterday, the rug was truly pulled from the feet of ETH traders on Friday.

ETH/USD fell to an intraday low of $2,824.08 during today’s session, which is its lowest level since February 4.

The move came as prices of the world’s second largest cryptocurrency fell below support at $2,840. The asset, however, has since regained some of its footing.

In addition to this, the 14-day RSI has moved further into oversold territory after this week’s declines, which has seen ETH lose 8% of its value.

As of writing, should the current support be broken, bears will likely look to push this toward the $2,500 point.

Will this bearish pressure extend into the weekend? Leave your thoughts in the comments below.