What is a Smart Contract, and How Does it Work? 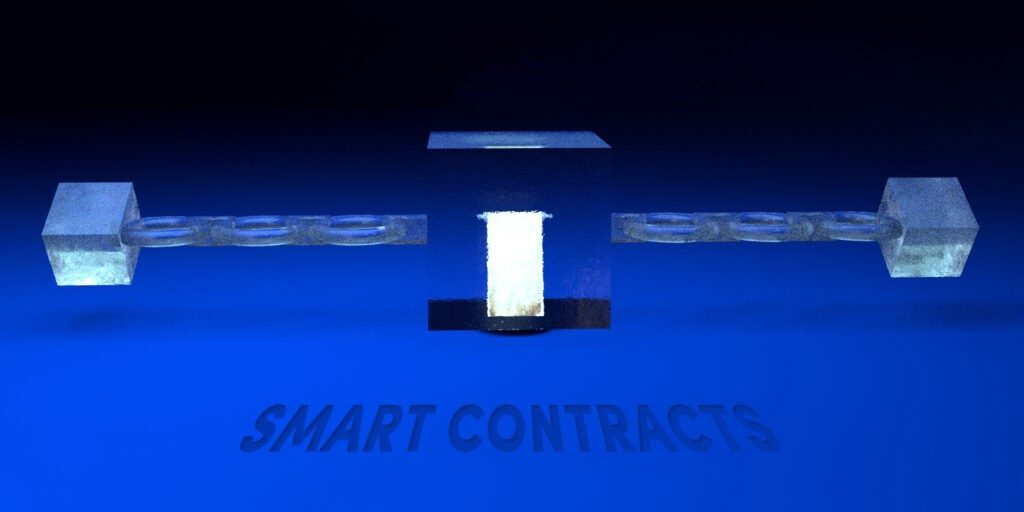 Similar to any other contract, Smart Contract states the terms or guidelines of the contract. The concept behind “Smart Contracts” dates into the early 20th Century, the time when cryptocurrency was not created. If someone is reading this article, they may already be familiar with “Ethereum” since it’s the second cryptocurrency after Bitcoin that was introduced. It is the same for both. Bitcoin and Ethereum utilize the technologies of Blockchain.

Think about a situation where you want to buy an automobile from an acquaintance or a friend. The procedure appears to be an unending nightmare, with legalities and ownership transfers that involve a myriad of annoying intermediaries. If we integrate smart contracts in the framework, it will immediately transfer ownership once the funds are transferred. This can significantly cut down the time required as it is not dependent on mediators.

Smart contracts are written bits of software that can run by themselves after all specifications are fulfilled. In addition to removing intermediaries, they offer a variety of advantages. Intelligent contracts monitor the performances in real-time, resulting in substantial cost savings. They’re web-based and are based on software to speed up transactions at a speed that typically saves time in comparison to conventional business procedures.

Smart contracts are efficient and produce more value-generating transactions processed per minute. They eliminate the possibility of mistakes and remove communication gaps. The details of smart contracts remain permanent and interoperable.

They’re a reliable source of information as there is no chance of manipulation or error. This allows for gaining a great deal of confidence in processing a smart contract. Smart contracts, in short, decrease the costs of transactions, offer greater security, lessen dependence on intermediaries that are not trusted and assist in turning legally binding obligations into automatic procedures.

How does Smart Contract Works?

Smart contracts have been around since 1994 when an American computer scientist called Nick Szabo proposed the concept in a paper. Szabo is also the inventor of Bit Gold, virtual money. Smart contracts, as per Szabo, are computer-generated protocols for transactions that implement the contract’s terms.

After defining the requirements and rules, developers create the code on the Blockchain. As we do with if/else statement that work based on the fulfilment of certain criteria similar to smart contracts. If the conditions that are specified in the contract are satisfied, the transaction will be approved, or else it will be strengthened.

Smart Contracts offer a variety of advantages which led to their widespread adoption of blockchains.

Smart Contracts have built-in security since they employ cryptographic techniques to block individuals from altering records.

Smart contracts are transparent because the code written in them is accessible and visible to all concerned parties. This ensures that everyone anywhere in the globe can view the smart contract as well as its application.

Smart Contracts don’t require an endless line of intermediaries to verify your contract and can help you save time.

Smart contracts depend on the networks’ capacity and capacity. Furthermore, they are executed in parallel for each party on participating computers when the requirements are satisfied.

Smart contracts don’t need any additional input after they have been deployed. They function automatically according to the provided code and make sure that no one alters the information.

Complete There could be the possibility of human error during the process of performing a transaction. However, the smart contract can be a computer program that will attain accuracy in just a few minutes.

Future and Present applications in the field of Smart Contracts

Smart contracts require a long time to study their application in all areas. In our everyday lives, we might find instances of how decentralized applications could have enhanced the quality of life.

With the increasing number of attacks on various platforms, securing the identity of a person is now a total flimsy. Even if you have created an account on one of the social media platforms but you were never able to exercise authority since they’re all centralized.

For example — uPort is a decentralized identity management system for control of your personal information.

A non-fungible currency is a type of data stored on the Blockchain which certifies the authenticity of a digital asset. Creators from all over the globe can release their artwork or music albums in tokens and then distribute them to the general public.

Example: Zora provides a marketplace to purchase NFT as a substitute for cryptocurrency and adds an added value to the work that is curated by the creators.

In the 21st Century, users have the ability to lend their storage or computing power to an individual to earn a few extra dollars. Many projects make use of smart contracts that help you rent the storage space on your computer or to make you money.

Examples: Filecoin does the job of renting your computer’s storage to other users, while Golem lets you use your computing power to earn you extra cash!

Smart contracts are an easy replacement for intermediaries that are a part of society. They help to reduce the time and expense and does not require a second pair of eyes to prevent manipulation. The advantages, characteristics and applications are clear how smart contracts are being rapidly being adopted by society.

There is the possibility of a negative side effect with any technology, as well individuals should conduct their study. We don’t know what the future holds but being prepared for any potential outcomes and implementing the latest technologies following thorough study is the only thing possible!

Best Play to Earn Crypto Games That Will Make You Rich

What is a Smart Contract, and How Does it Work? was originally published in BuyUcoin Talks on Medium, where people are continuing the conversation by highlighting and responding to this story.