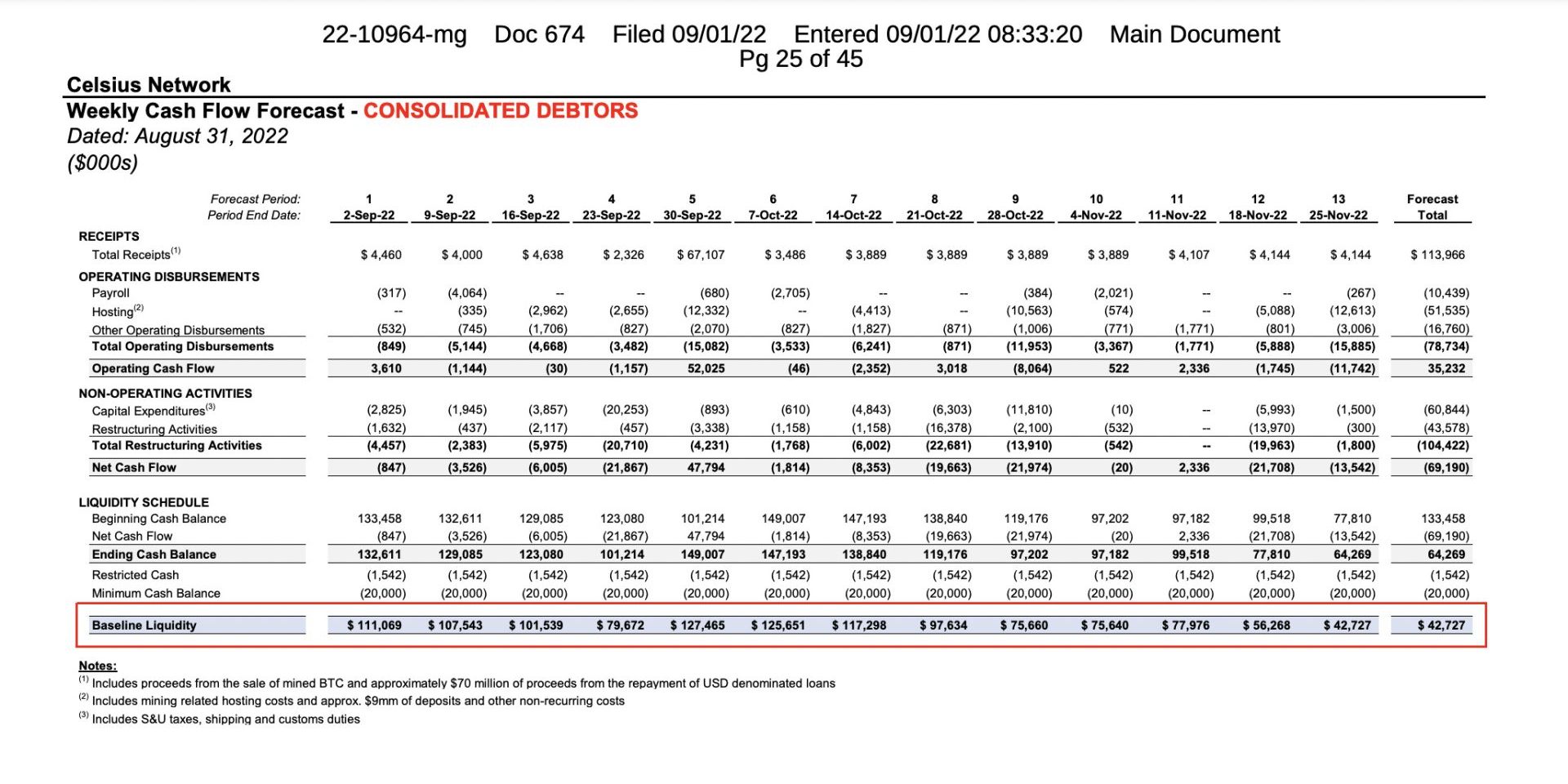 Crypto lender Celsius expects $70 million from loan repayments that will extend its runway cost beyond November.

The cash flow forecast submitted by Celsius during the bankruptcy hearing on Sept. 1 disclosed that the company will record an inflow of about $70 million from repayment of USD-denominated loans.

The loans are expected to be repaid by Oct. 7 and will help cover business and restructuring costs.

The forecast which detailed cash flow from September to November shows Celsius will have a disposable income of over $42 million by the end of November. The beginning cash balance at the start of September is approximately $133 million, while it projects a total of $69 million incurred as operating costs over the next three months.

Consequently, Celsius will have more liquidity to continue operating till the end of 2022, as against earlier filings that indicates it will run out of cash by October.

The Bankruptcy Court permitted Celsius to fund its operation as detailed in the budget but must involve the Creditors’ Committee in their expenditure plans.

In another filing made during the Sept. 1 bankruptcy hearing, Celsius asked the court to permit eligible customers to withdraw up to $210 million from the platform.

According to the filing, around 43,260 customers held their assets across Celisus’ custody accounts- pure, transferred, and withhold accounts

Customers who held their assets in the Celsius custody program will be eligible to initiate a withdrawal upon approval. According to the firm, assets held in the custody account are not part of its bankruptcy estate.