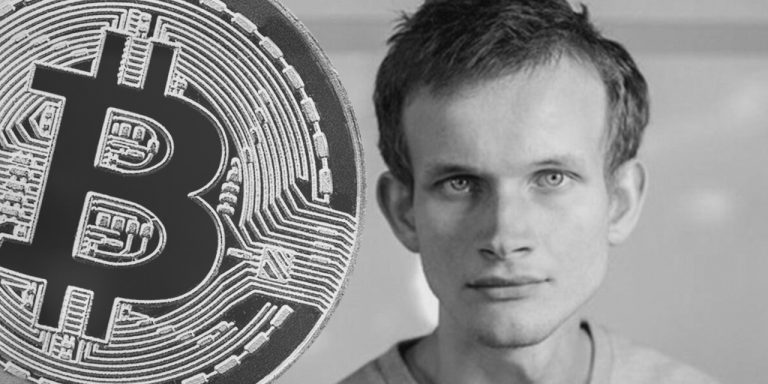 On September 1, Vitalik Buterin conducted an interview with the economics author Noah Smith and the co-founder of Ethereum spoke an awful lot about Bitcoin and the network’s long-term security. Buterin also discussed the crypto economy’s crash and said he was “surprised that the crash did not happen earlier.”

Buterin: Bitcoin Is ‘Not Succeeding at Getting the Level of Fee Revenue Required to Secure What Could Be a Multi-Trillion-Dollar System’

Ethereum’s co-founder Vitalik Buterin recently did an interview with the economics author Noah Smith and Buterin had a lot to say about the current state of crypto. Smith first asked Buterin about his thoughts about the recent crypto crash and Buterin said he thought that it would have crashed sooner.

“I was surprised that the crash did not happen earlier,” Buterin said during the interview. “Normally crypto bubbles last around 6-9 months after surpassing the previous top, after which the rapid drop comes pretty quickly. This time, the bull market lasted nearly one and a half years,” the developer added.

Buterin also talked a great deal about the Bitcoin (BTC) network and The Merge, Ethereum’s highly anticipated transition from proof-of-work (PoW) to proof-of-stake (PoS). He claims Bitcoin is not cutting it when it comes to fee revenue from block subsidies.

“In the long term, Bitcoin security is going to come entirely from fees, and Bitcoin is just not succeeding at getting the level of fee revenue required to secure what could be a multi-trillion-dollar system,” Buterin said.

When Smith asked Buterin about Bitcoin’s energy usage, the Ethereum co-founder noted that PoS will not only reduce harm to the environment, it’s also about keeping the blockchain secure.

“A consensus system that needlessly costs huge amounts of electricity is not just bad for the environment, it also requires issuing hundreds of thousands of BTC or ETH every year,” Buterin stressed. “Eventually, of course, the issuance will decrease to near-zero, at which point that will stop being an issue, but then Bitcoin will start to deal with another issue: how to make sure that it stays secure.” Buterin added:

And these security motivations are also a really important driver behind Ethereum’s move to proof-of-stake.

Buterin understands that Bitcoin won’t change its consensus mechanism, at least for now, but if the chain was attacked, he believes the discussion of a hybrid PoS algorithm could come into play.

“Of course, if Bitcoin actually gets attacked, I do expect that the political will to switch to at least hybrid proof of stake will quickly appear, but I expect that to be a painful transition,” the software developer told Smith. The Ethereum co-founder said that he thinks people have the wrong idea about PoS giving the largest stakeholders control over the network.

“There are also people who try to claim that PoS allows big stakeholders to control the protocol, but I think those arguments are just plain wrong,” Buterin said. “They rest on a misconception that PoW and PoS are governance mechanisms, when in reality they are consensus mechanisms. All they do is help the network agree on the right chain.”

Buterin continued by noting that he thinks the early version of PoW was a good starting point but nowadays he believes it’s antiquated, on its way out the door, and likely won’t return.

The highly democratized early proof-of-work era was a beautiful thing, and it helped tremendously in making cryptocurrency ownership more egalitarian, but it’s unsustainable and it’s not coming back.

What do you think about Vitalik Buterin’s comments about the crypto crash, the Bitcoin network, and PoW vs. PoS? Let us know what you think about this subject in the comments section below.