Ethereum Staking Options: Everywhere You Can Earn Returns on ETH 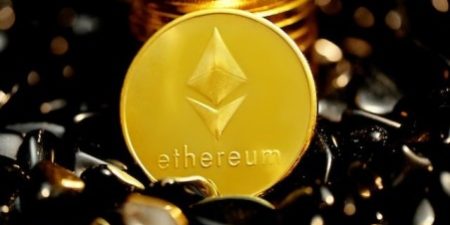 Ethereum’s merge is intended to introduce staking to the popular blockchain platform. These services make it easy to earn rewards by staking ETH.

Some popular cryptocurrency exchanges support ETH staking. This is a convenient option for users who already invest in crypto on an exchange, as there is no need to move funds out of an exchange account before earning returns.

Various staking pools also exist. Unlike exchanges, these services are targeted at users who hold ETH in off-exchange wallets such as Metamask.

Staking pools connect directly to a user’s wallet, allowing users to maintain control over their crypto. Unlike exchanges, these services do not hold user funds. These services typically support staking a variety of assets in addition to ETH.

The most popular staking pools are Lido, Rocket Pool, and Ankr. Other well-known staking pools include Stakewise, Stakefish, and Stakefi.

Liquid staking is not a type of service in its own right. Rather, it is a feature that many services offer so that users can move staked assets freely.

Ethereum staking normally requires ETH to be locked until Ethereum 2.0’s upgrade is complete, possibly into 2023 or later. Until then, liquid staking provides stakers with a token that they can transact and invest with, even while their staked ETH is locked.

Various services offer liquid tokens, including Coinbase (which offers cbETH), Binance (BETH), RocketPool (rETH), Lido (stETH), and Ankr (aETH). Kraken will also offer a token called ETH2.S in some markets, but not in the U.S. and Canada.

The options listed above are aimed at small investors. However, those who hold a large amount of ETH may want to stake at a level closer to Ethereum itself.

Ethereum staking in its basic form requires users to hold 32 ETH (approximately $50,000) and maintain their own Ethereum node with a constant internet connection. The Ethereum Foundation describes this as “the gold standard for staking.”

Investors who hold 32 ETH but do not want to run their own node can use staking-as-a-service providers, who will maintain a node on their behalf. Services in this category include BloxStaking, Abyss Finance, Allnodes, and Kiln.

How Much Can You Earn?

Rates are competitive between almost every staking service. Though exact returns are uncertain, services typically estimate returns of 3%-7% on an annual basis.

Rates of return do not account for service fees or changes in the value of ETH. As such, Ethereum staking should be considered a risk rather than a guaranteed source of income, despite Ethereum’s popularity and long-standing reputation.

To find out more about ETH staking and the Ethereum 2.0 “merge”, read our previous coverage on this topic.