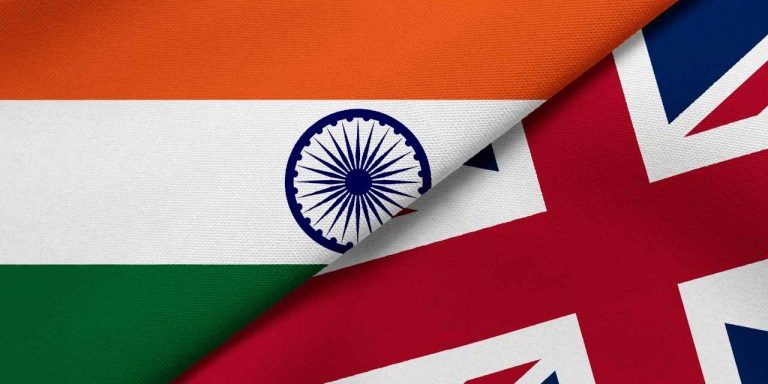 India is now the world’s fifth-largest economy after surpassing the U.K., the latest data from the International Monetary Fund (IMF) shows. India’s former chief economic advisor expects the country to become the world’s third-largest economy by 2028-30.

India has leaped past the U.K. and become the fifth-biggest economy, Bloomberg reported Friday, citing IMF’s GDP data and historic exchange rates. According to this estimation, the former British colony surpassed the U.K. in the last quarter of 2021 and is now behind only the U.S., China, Japan, and Germany in terms of the size of its economy. A decade ago India was the 11th largest.

“On an adjusted basis and using the dollar exchange rate on the last day of the relevant quarter, the size of the Indian economy in ‘nominal’ cash terms in the quarter through March was $854.7 billion. On the same basis, the U.K. was $816 billion,” the publication explained.

Many people in India welcome the news of the Indian economy overtaking the British economy. Indian parliament member Kartik Sharma tweeted: “India emerges as the world’s 5th largest economy, overturning the U.K. from its position. Under Hon’ble PM Narendra Modi Ji’s development-oriented leadership, we’ve made India the 5th largest economy in the world.”

Dr. Arvind Virmani, a former chief economic advisor to the government of India, expects India to become the world’s third-largest economy this decade, based on current figures. Virmani was appointed India’s representative to the IMF in 2009. Commenting on the news, he told ANI news agency:

The IMF’s World Economic Outlook database shows India overtaking the U.K. in dollar terms on an annual basis this year with a GDP of $3.53 trillion compared to the U.K.’s $3.38 trillion.

Kotak Mahindra Bank CEO Uday Kotak, however, tweeted explaining that India has a population 20 times that of the U.K. so its GDP per capita is lower. “Proud moment for India to pip the U.K., our colonial ruler, as the 5th largest economy,” he wrote, adding that “a reality check of population denominator: India: 1.4 billion vs U.K. 0.068 billion. Hence, per capita GDP we at $2,500 vs $47,000. We have miles to go.”

According to government data, India’s economy grew by 13.5% in the second quarter of this fiscal year — the fastest in the last four quarters, according to the country’s National Statistical Office (NSO). Meanwhile, U.K. GDP grew just 1% in cash terms in the second quarter but shrank 0.1% after adjusting for inflation. Sterling has also underperformed the U.S. dollar relative to the rupee, with the pound falling 8% against the Indian rupee this year.

Last month, Morgan Stanley said India could emerge as Asia’s strongest economy in 2022-23. The global investment bank expects India’s growth to average 7% for 2022-2023 “The economy is set for its best run in over a decade as pent-up demand is being unleashed,” the brokerage firm said. “Lower corporate taxes, the production-linked incentive (PLI) scheme and India as a potential beneficiary of supply chain diversification will catalyze and sustain domestic demand, especially in investment.”

What do you think about India surpassing the U.K. as the world’s fifth largest economy? Let us know in the comments section below.