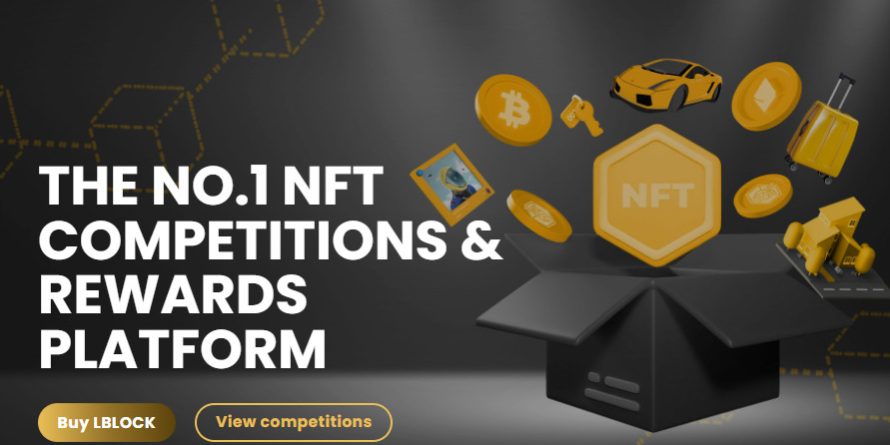 Lucky Block is one of the best utility tokens in the market right now, whose value only increased after the recently announced Lucky Block V2. And with it came a promise that Lucky Block would soon end up on bigger and better cryptocurrency exchanges. However, recently, the price of the original Lucky Block – V1 – has pumped by 30%.

It is likely because Lucky Block’s ETH bridge is about to complete. We believe that once the bridge goes live, the price for both V1 and V2 will go even higher.

What is Lucky Bock Ethereum Bridge?

As we already mentioned, the announcement of Lucky Block’s Ethereum bridge is the most likely cause that many in the crypto space have started rallying behind this crypto powering the NFT competition’s platform.

The latest bridge will allow the investors to swap their V1 for V2 and vice versa to trade them on various centralized exchanges and use them to participate in the NFT competition.

Why do we believe Lucky Block Is the most Under value Crypto of 2022?

Lucky Block has made all the positive waves since the start of 2022, since the beginning. However, despite its performance and utilities, many have not realized its worth. The generic crypto crowd is either ignoring it or underestimating it.

However, the latest V2 upgrade will likely push its value further and pump its price even more.

Another reason is that the recent news about the Lucky Block Bridge upgrade has led to V2 being oversold, making LuckyBlock V1 even more undervalued.

The recent uptick of nearly 40% has led the Telegram community to come together in celebration. On the official telegram, they are sharing memes and other messages to express themselves, with one user going as far as saying that Lucky Block is getting close to its ATH.

And then, from the reaction this user has obtained from other members of the telegram group, we are inclined to believe that others are feeling the same about this crypto.

Why are there two tokens?

The emergence of a second token with the same ticker name confused a lot of investors. Not long after, the developers came on Twitter and Telegram to explain that the V2 token is the ERC 20 and has no sales tax. It allows it to be listed on more centralized exchanges.

Since the beginning, early LBLOCK investors have been waiting for Lucky Block to land on Centralized Exchanges. It has done so. Recently, it was listed on two exchanges, MECX and LBANK. Gate.io’s listing date is also getting closer.

What would be the price of tokens once the Bridge Goes Live?

Lucky Block has announced in its official Telegram account that the ETH bridge will go live on October 3rd, 2021. There would be a 2% price difference between the two for converting V1 to V2, but not vice versa.

A moderator has also come forward and said both V1 and V2 would have the same value. In addition to these bullish updates, the Lucky Block CEO has also announced a 1% monthly burn from September 30th to increase the scarcity, thereby increasing the price of Lucky Block.