Research: September is historically the worst month for BTC since 2013 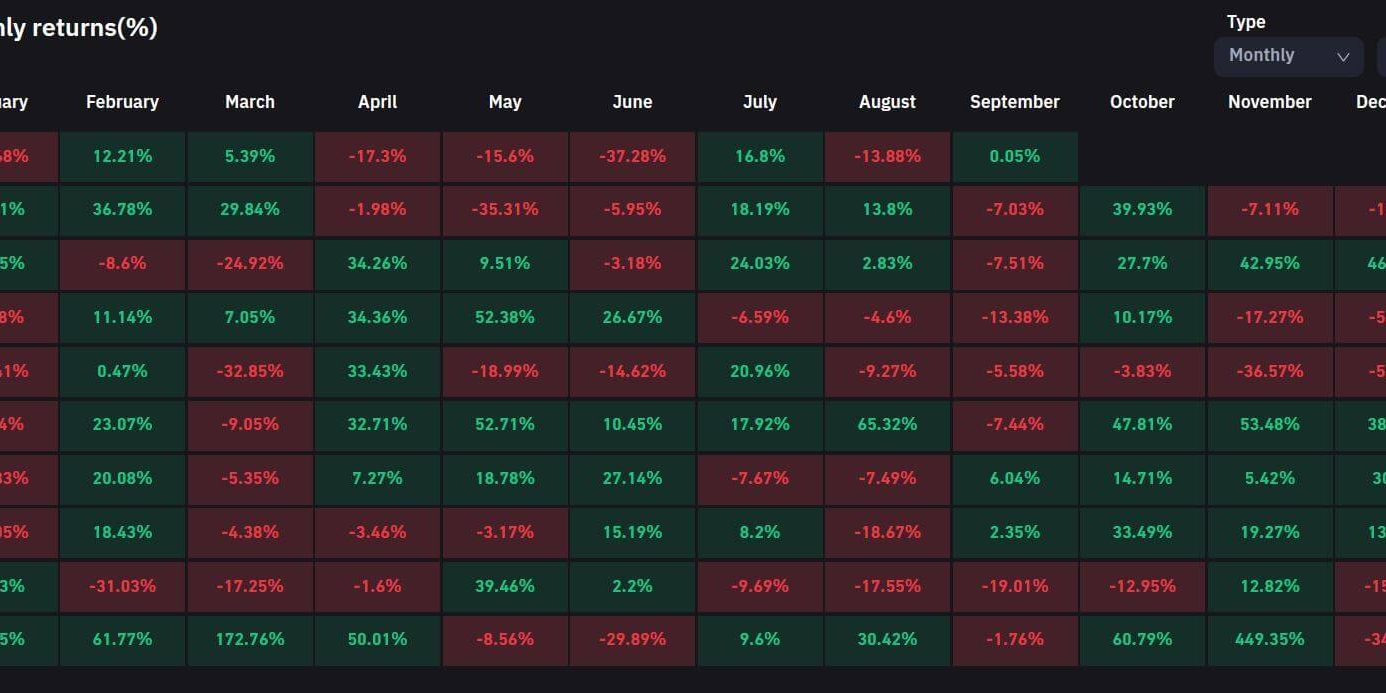 If historical data is anything to go, Bitcoin’s (BTC) price might dip further this September, which has been the worst-performing month on record for the crypto asset since 2013.

Available data shows that the flagship digital asset has only seen its value rise in two September between 2013 and 2021, which were in 2015 and 2016. Outside of those two, BTC has recorded an average 6% decline in the month.

Meanwhile, the September effect is not peculiar to BTC alone. The S&P 500 has also had downturns in most of September since 1928.

According to Elena Dure, most investors usually exit their market positions in September to lock in their gains or even tax losses as the year draws to a close.

There is also a higher rate of asset liquidation as schools resume in September and the need for cash to pay school costs arises.

Given how BTC price has mostly mirrored that of S&P performance since the pandemic, it will not be entirely surprising if there is a further decline in BTC price this month.

Will this September buck the trend?

While many investors will want Bitcoin’s price to return to previous highs, the possibility of a red September is already manifesting after the asset lost all its gains over the last few months in the final days of August.

After weeks of trading around the $20,000 range and many analysts suggesting that the price might have bottomed, BTC’s value has dropped below $20,000. In the last 24 hours, the cryptocurrency’s value declined 1.4% and by 2.2% on the seven days metrics.

In this year alone, Bitcoin’s price has been down by around 59%.

The chances of September 2022 being an outlier month like 2015 and 2016 is also minimal, given that the conditions responsible for declining asset value persist.

The statement has led to several experts predicting that the FOMC could further hike the interest rate in September.

Apart from that, the US Labor Department revealed that unemployment rose to 3.7% – the highest since February –another indication of the struggles of the US economy.

The post Research: September is historically the worst month for BTC since 2013 appeared first on CryptoSlate.