Stacked Wants to be The Twitch of the P2E Gaming Space; Series A Pulls in $13 Million 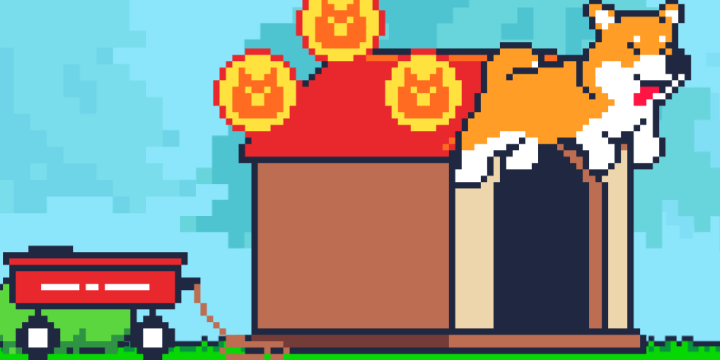 Stacked, a live streaming platform operated by its community that concentrates on creating unique content, received a $13 million Series A fundraising led by Pantera Capital.

Z Ventures and GFR Fund are also among the investors.

Stacked, co-founded by Alex Lin, began as a watch-only app before transitioning to web3 streaming.

After identifying a business gap, the firm has subsequently concentrated its efforts on developing a decentralized video streaming network.

Now, the goal of Stacked is to develop an open-source system for decentralized video streaming.

According to the statement by Stacked leadership earlier, they “recognized the tremendous opportunities that individual contributors had to create unique series of videos for the platform.”

As a result, they “decided to compensate them.”

Creators on the Stacked blockchain can now use the Stacked app to stream games, hold watch parties, and engage with followers.

For each contribution, they receive Stacked Governance Tokens (SGT).

Depending on the value, these SGTs provide them with voting rights on the Stacked network, allowing them to accumulate ownership in the firm.

“We’re excited to announce that Stack Studios, the parent company of Valhalla, has raised $15m over two consecutive rounds.

Web3 is still nascent, and we see an opportunity to build one of the largest crypto companies in the world over the next decade…

Having great investors allows us to create the best NFT possible before asking members to mint.

There are no empty promises here, only a track record of proven results. We are redefining what quality execution means in Web3.” – Alex Lin

The good news is that to utilize the service, creators will not need to be crypto savvy.

Lin stated that the platform, which would be available on both desktop and mobile devices, will be similar to standard video streaming platforms available in the market today.

Tokens will be distributed in accordance with performance criteria, and the leadership team will ensure that creators, instead of investors, always control Staked.

First Round Capital, Y Combinator, and General Catalyst Partners had earlier invested $9 million in the startup together.

The Stacked company intends to use all this new funding to hire more employees and take its P2E gaming beyond the North American market into Eastern Europe, Latin America, and South Africa.

What is P2E Gaming

P2E gaming has recently emerged as one of the most intriguing spheres of the ever-expanding cryptocurrency market, allowing gamers to earn rewards based on their abilities and knowledge.

As this game genre has grown in popularity, several P2E projects have emerged, each with a unique monetization method.

P2E games, or play-to-earn games, are growing in popularity despite a drop in the crypto market, and for a good reason: gamers can still make money while collecting points or NFTs.

Aside from NFTs, what distinguishes crypto gaming from regular video games is that players may own and convert their in-game assets to fiat money.

They can exchange it for other cryptocurrencies or participate in a liquidity pool.

This liquidity pool is often a coin enclosed in a smart contract that will be utilized to generate liquidity for transactions later.

So, for example, any valued asset in a game — whether an amulet, a sword, or whatever digital asset enables you to build up points — might be tokenized as an NFT or later be swapped for money.

It may be costly initially, but the rate of return can always be calculated.

Stacked has lately made headlines for receiving funding to bolster its effort in the P2E gaming space.

Stacked’s idea enticed a flurry of investors, who have pledged a contribution of $12.9 million to its Series A fundraising round.

However, Stacked is not the only P2E platform in the cryptocurrency arena; it faces some stiff competition from the better and promising Tamadoge and Battle Infinity.

Tamadoge – The Newest Doge on The Block

Tamadoge – the newest P2E platform – has proven to be one of the biggest successes of blockchain-based gaming efforts.

Tamadoge is more than simply a play-to-earn network; it’s also one of the greatest meme currency initiatives since it covers a vital need.

The Tamaverse is a virtual environment in which players and their Tamadoge virtual pets compete to earn Tama tokens.

Players can also mint tokens by raising, spending time, and caring for their Tamadoge pets.

The Tamaverse environment intends to dominate the blockchain gaming ecosystems, following in the footsteps of popular game initiatives such as Axie Infinity and The Sandbox.

While the Tamadoge pre-sale is still running, realistic investors have already acquired a whopping 60% of the Tama tokens.

The pre-sale raised over $9.3 million, demonstrating considerable demand for the cryptocurrency.

At buy.tamadoge.io, the pre-sale for this highly talked and fast-rising cryptocurrency has raised over half of its hard cap, or 10 million USDT.

Since more than half of the 1 billion TAMA tokens available for pre-sale have been acquired, purchasing them during their pre-sale periods might thus be a cost-effective method to safeguard your portfolio against declining stock prices.

A debit or credit card can purchase TAMA using ETH, USDT, or fiat money via the on-ramp Transak.

Battle Infinity is also among the year’s best NFT games.

Battle Infinity seeks to integrate NFTs into a plush metaverse in an exciting way while also providing income possibilities through P2E features.

All the main components in Battle Infinity’s metaverse – called the Battle Arena – are built as NFTs, making them easily swappable.

$IBAT is Battle Infinity’s native token that can be utilized for trade.

Users should also be able to buy a range of things, including cosmetic items used to modify players’ avatars.

Another argument Battle Infinity seems to be winning as one of the most promising NFT efforts this year is that NFTs will be linked to the platform’s fantasy sports league.

Users may establish their own sports teams and participate in championships based on real-world performances in the “IBAT Premier League.”

Since all the players in this fantasy game are NFTs, a self-sustaining secondary market can emerge.