ATOM Price: Buyers Prevail Over Sellers, The Sky Is the Beginning for TAMA 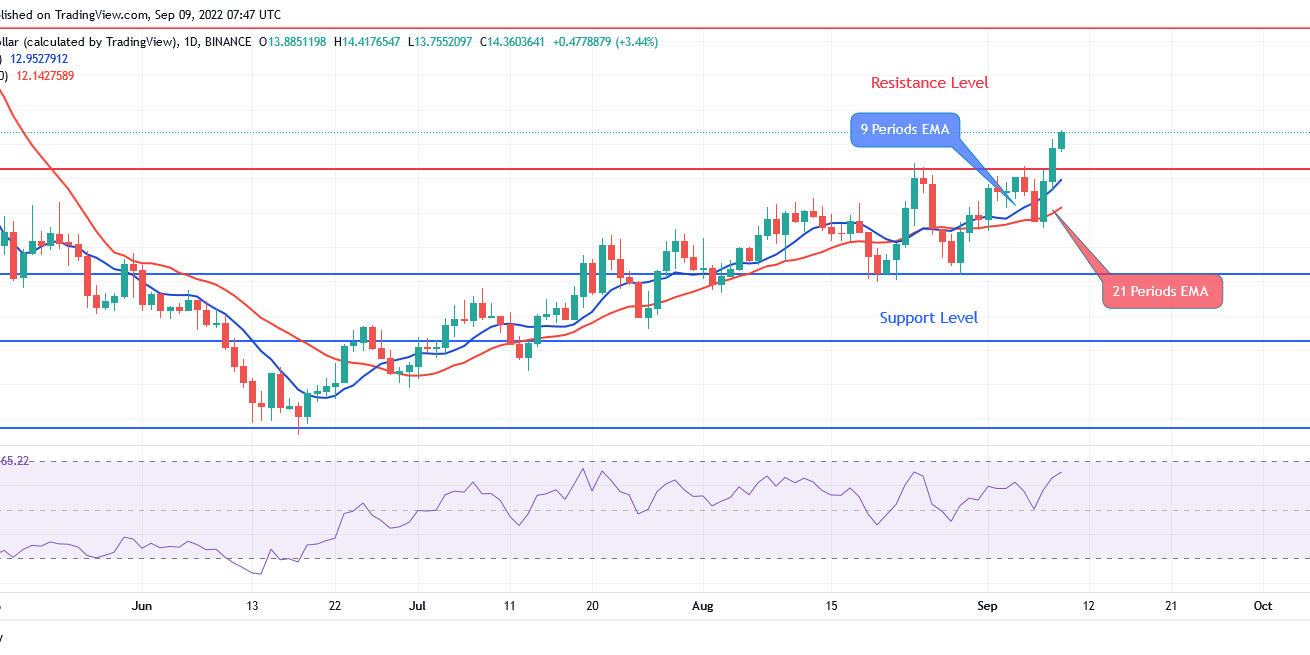 ATOMUSD is bullish on the daily chart. Cosmos price reached the low of $5 on June 18. The price soars to the high of $13 with strong bullish momentum. The coin pulled back to retest the broken level. Further increase in the buyers’ pressure increase the price to the $13 resistance level. The bears could not defended the support level of $13, thus, the mentioned level was broken upside. The coin is expose to the resistance level of $17 at the moment.

ATOMUSD is bullish in the 4-hour chart. The coin is experiencing a pressure from the buyers. The bears lost their momentum when the price reaches the support level at $5; the price could not decrease further. At the moment of writing this report, the bulls are in control of the Cosmos market pushing up the coin towards the $17 level.

The two EMAs are separated from each other and the currency pair is trading above the 21 periods EMA and 9 periods EMA which indicates that bullish movement is in progress. The relative strength index period 14 is at 74 levels and the signal lines pointing up to indicate buy signal.

Tamadoge is building its very own Tamaverse. The fun doesn’t stop there though. Tamadoge is planning to build its very own metaverse games world – the Tamaverse – where you can interact with your pet in an augmented reality environment. The app will be available next year. Before then, the leaderboards will be launched later this year in which the Pets will be accessible in a 2D web environment. Each pet NFT will have an associated 3D avatar rigged up for the Tamaverse. Unlike most other meme coins, Tamadoge actually has utility value and is not just a cute image, although the interface we have seen so far suggests that it is that too. Tamadoge is shaping up to be more than a match of competitors such Aavegotchi and Shiba Inu. Rewards are paid from the transaction fees generated in the Tamadoge Pet Store.