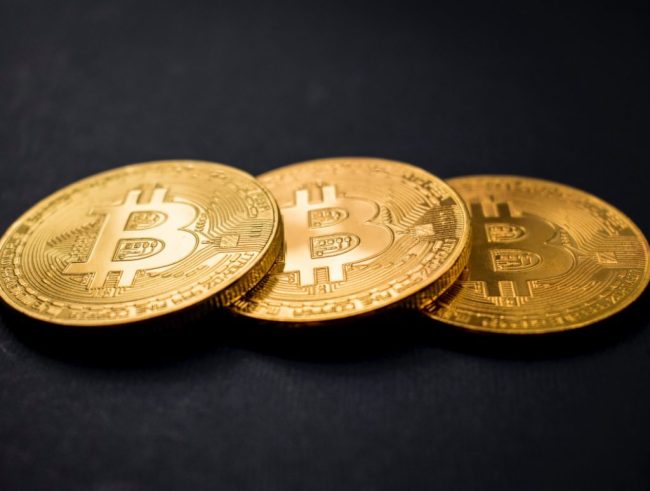 What are Bitcoin Forks? Here’s a Deep Dive into what Forks are

Ever since creating the first digital asset, the birth of the crypto sector has revolutionized the way the financial market is seen. This is because Bitcoin’s creation opened a door that other developers could only kick as at then. Since the creation of Bitcoin in 2009, the Satoshi Nakamoto created project has gained massive acceptance across the entire world. With this, there have been numerous projects building on its blockchain or taking out of its source code to create a similar token. In this article, we will be discussing Bitcoin forks, why they happen, and the most popular forks in the history of the asset.

Bitcoin is a digital asset created and launched by Satoshi Nakamoto in 2009. According to the Whitepaper of its creation, the digital asset sought to find solutions to some basic problems in the financial sector. Although no one knows its founder’s identity, the asset has continued to wax strong in value and adoption. One of the token’s identities is that it affords traders to make exchanges using a decentralized entity. Although the token cannot be physically seen, the amount kept on the network known as blockchain can be viewed by everyone.

What is a Bitcoin fork?

Going by the history of Bitcoin, the pseudonymous developer Satoshi Nakamoto created the source code and launched the digital asset in 2009. As a result, various digital assets have adopted Bitcoin’s vision in their creation. This means that most of these digital assets banked on Nakamoto’s source code when creating Bitcoin. Instead, some developers choose to make slight changes to the codes while creating their crypto. With this, a Bitcoin fork is a slight change in the original protocol of the leading digital asset. A hard fork is upgrading the software and various mining procedures to create a new version of the blockchain. However, a soft fork does not involve the creation of new tokens. Instead, they involve slight changes to the protocol.

How does a Fork work?

One major characteristic of a fork on the blockchain is the changes made to the original code used to develop a token. With this, there is usually the springing up of another token. Initially, developers have been known to create tokens either through development from the core or through the source code of an existing token. Although creating from scratch is similar to a fork, they are different. A fork allows developers to make key changes to a blockchain rather than start from scratch with a new source code. The main reasons developers fork depend on various factors, such as providing more functionality to the newly developed token. A fork also allows developers to address certain security issues and risks. Finally, forks occur when there is an in-house scuffle about the direction of a project. Most times, this leads to the creation of another token.

History of all the Bitcoin Forks to-date

Over the years since the creation of Bitcoin, we have seen developers make specific changes to the codes, birthing entirely new cryptos. Below are the main forks of Bitcoin that has ever happened since 2009:

The Bitcoin XT was one of the first hard forks of Bitcoin made in 2014. It was during the early stages after the token entered the market. At that period, the token was not full-blown which moved its proponent, Michael Hearn, to propose some new features. The change was simple, the number of transactions carried out will be increased to 24 per second instead of the usual 7. Hearn propositioned that the block size should increase to around 8 MB instead of the usual 1 MB to achieve this aim. Although it gathered quite a massive number of users until 2015, interest in the project began to wane. Presently, it is no longer available, and its website has been pulled down.

After the failure of the Bitcoin XT project, some of the few members interested were still on about increasing the size of the block. To achieve this, a new team of developers floated Bitcoin Classic around the early stages of 2016. Also, the developers learned from the failure of Bitcoin XT. They decided to change their block size to 2 MB instead of 8 MB. Like the previous hard fork, Bitcoin Classic received widespread support, which has continued to dwindle. Although the project is very much around, it has lost the massive support it once had during the earlier stages.

Bitcoin Unlimited has continued to retain its unique status since its development in 2016. Although the developers have already made the code available, they have not still pointed out the type of fork. One exciting aspect of the project is its focus on miners carrying out their activities independently. This means that miners can determine the block size that they want but with a 16 MB limit. Even though it showed promise in the early stages, Bitcoin Unlimited has remained somewhat a shadow of what it was meant to be.

Segregated Witness or SegWit came to light in the wake of its developer’s need to reduce the individual block size of Bitcoin transactions. The idea, postulated by Pieter Wuille in 2015, was focused on making sure more transactions were carried out in a short space of time. To make this possible, Wuille said some of the signatures needed to verify transactions would be extended to another block, giving room for the idea. Although it was created as a soft fork, it has helped push more hard forks of Bitcoin across the years.

Responding to the creation of the Segregated Witness, some core developers did not support some of the updates. In light of this, they decided to create a hard fork that would help them avoid the updates. Bitcoin Cash was created in 2016 and moved away from the main Bitcoin blockchain in 2017 after some transactions were not verified on the new blockchain. Bitcoin Cash has continued to move gradually, cementing its place in the market. The token has been fairly successful in trading at a current market price of $373. Notably, Bitcoin Cash refused to use the SegWit protocol and place an 8 MB cap on its block.

After the success that Bitcoin Cash experienced after its creation, some developers went ahead to launch Bitcoin Gold. The sim of this creation was to take Bitcoin back to the period where just GPUs were used. This is because, at the time, miners began to rely on more advanced hardware to create Bitcoin. One key feature was the pre-mine, which allowed miners to make about 100,000 tokens of the asset. During the launch, the developers said that the tokens would grow the community. Although Bitcoin Gold uses all the functionality of Bitcoin, the key difference is how the proof of work mechanism works.

Making a fork out of a blockchain is like entirely creating a new set of rules that would distinguish the new token from the one on the blockchain. Although they have been a barrage of Bitcoin forks, as mentioned above, the biggest remain Bitcoin Cash and Bitcoin Gold. However, you should note that a fork might affect how the community or the wider audience sees a digital asset. This means that a fork might affect the primary token’s price and other on-chain analyses. It is also expected that some developers would still want to fork out Bitcoin in the future. This is due to the large success enjoyed by the digital asset.

The post What are Bitcoin Forks? Here’s a Deep Dive into what Forks are appeared first on CryptoTicker.