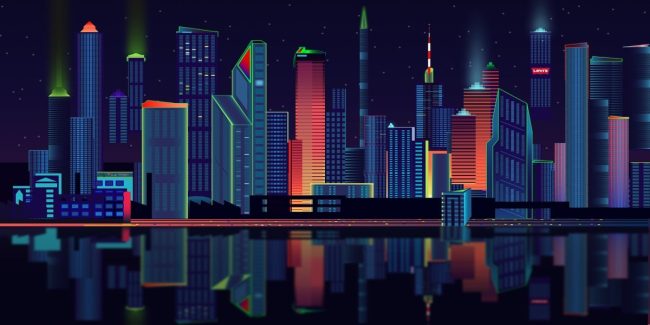 2021 was an extremely successful year for cryptocurrencies. The adaptation of blockchain into everyday life continued to advance. Globally known companies have also dared to venture into the world of cryptocurrencies. From stepping into the exciting world of the Metaverse, to simply investing in an alternative currency, those companies knew how to invest “smart”. Let’s take a look at 4 big traditional companies that have enriched the crypto market over the past year and embraced blockchain tech. Will they also become known as the OG crypto companies?

Early in 2021, Elon Musk, the founder of Tesla, made a powerful statement on Twitter. He invested a whopping 1.5 billion US dollars in Bitcoin with Tesla. After this news, there was a massive increase in the Bitcoin price.

Before that, it had long been speculated that Musk was a big fan of cryptocurrencies and that his company could possibly invest in various coins. Musk later stated that he had also invested large sums in the ether and the Dogecoin.

Nike has jumped on the hype bandwagon called Metaverse in the past few months. The metaverse in the crypto sector took off especially when Facebook re-branded “Meta”. Then acquired the sporting goods manufacturer the RTFKT fire that caused virtual sneakers within the metaverse stir.

Further activities within the Metaverse are planned for the future. In the future, new sneaker collections should always be exhibited in the virtual space.

The big competitor from Germany, Adidas, did not splash around and entered the world of the Metaverse and thus the world of cryptocurrencies as a company. Adidas entered into a collaboration with prominent NFT projects such as Bored Ape Yacht Club, Gmoney, and Punks Comic.

Coca-Cola is also one of the companies that entered the cryptocurrency world in 2021. The company announced a special NFT program to raise money for the Paralympics. The auction took place via OpenSea from July 30th to August 1st of last year.

You can purchase your favorite cryptocurrencies on the  Binance ,  Coinbase ,  Kraken  and  Bitfinex exchanges.

If you don’t want to miss any news from the crypto world, then be sure to subscribe to our premium area!

The post These 4 Famous Companies entered the Crypto World in 2021…Who will we See in 2022? appeared first on CryptoTicker.