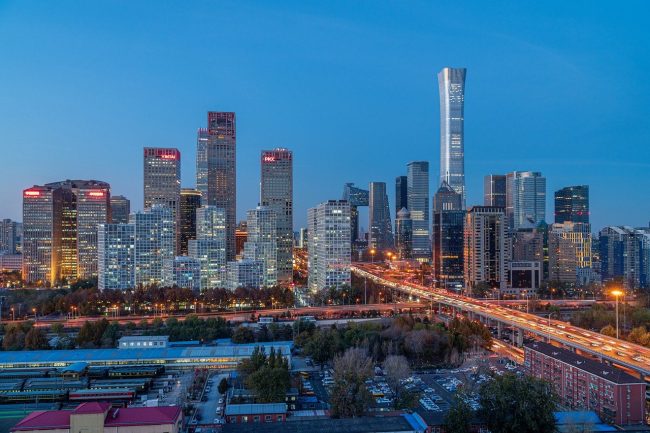 Everything You Need To Know About The Web3.0

Web3 is increasingly gaining popularity, particularly in the decentralized finance (DeFi) industry. Decentralization is a way people try to be independent of a central body. It promotes inclusivity while giving every member of the community decision-making abilities. Web3 is looking to explore decentralization and all related protocols for the benefit of users.

Web3 represents an upgrade of the World Wide Web, focusing on decentralization. Today, the tech industry is making decentralization more accessible, especially to those who believe in inclusivity. In simple terms, it is an ecosystem leveraging blockchain technology for settling needs.

While the world is yet to move from Web2, some people believe that Web 3.0 is the future of the internet. The internet has had an expansive growth over the years. It has also moved from being just the interconnection of networks to being a way for humans to connect globally.

So, creators hope to make Web 3.0 accessible to everybody and make it convenient to transport data from one point to another. Indeed, many critics have frowned at Web2’s dependency on large corporations. They have faulted the web’s centralization while clamoring for a more user-friendly system.

Further, blockchain technology is an in-demand technology in the digital world. Businesses are leveraging it to create secure and more inclusive systems for their users. And because of the technology’s complex algorithm, it has one of the most secured systems in the digital space.

Today, blockchain technology is home to new industries, such as decentralized finance, GameFi, and NFTs. It has made it easier for creators to secure and reliable platforms. Similarly, it has created an avenue for users to earn more money.

The internet underwent massive development from plain HTML sites to complex languages. In the early 1990s, most websites had the HTML mark-up, making them basic and without colors, like we have today. Below are some of the features of Web 1.0.

While the world still utilized this first generation of world wide web, sites were simple and statics. Developers did not create them as interactive and dynamic as we have today. Previously, sites did not respond to user behavior, and users could only access information without quality graphics.

Additionally, it could not utilize the database to store site information. Unlike present sites with databases to store website content, this stage of development stored data in website files. This could also be an attempt to save space, primarily because things were in their early stages.

During the early years of the world wide web, sites had basic designs. And since HTML is not very visual, most sites were void of beautiful and colorful designs. This is a contrast to modern sites. Modern sites prioritize beautiful and clean designs since websites compete favorably in their niche.

HTML tags are characters composed of commands for the webpage. When the website still leveraged web 1.0, there were many HTML tags, which were often incompatible with many websites.

Submitting an email on web 1.0 is almost impossible because it does not support server-side scripting. However, you can send your email to a separate email address provided by the website. Also, this is inconvenient for many people, making it one of the major developments.

The second generation of the worldwide web brought so much development. Similarly, this is the form of the web we are presently using. The word “web 2.0” originated from a session with O’Reilly Network, and it changed how humans handle and control their data.

Unlike web 1.0, web 2.0 assured a higher level of control, particularly for users. It also revolutionized user experience, making sites responsive and visually appealing. Users can understand and respond accordingly to new changes because of the wide range of programming languages used in web development.

Web 2.0 is essential a generation of world wide web, focusing on usability. Most websites created with this technology in mind are responsive and user-friendly. It also transformed how humans perceive websites, leading to a new generation of websites, such as social media platforms and search engines.

It’s safe to state that there has been no technical upgrade from web 1.0 to web 2.0. However, it marked a point where programmers shifted from creating websites. And because this generation involves inclusivity, websites need to carry readers along.

Web 2.0 has improved functionality, mainly when users search with keywords. Related responses can easily show up with this upgrade. Previously, it wasn’t easy to search on platforms, but now things are different.

Web 2.0 is noticeably more scalable than web 1.0. Scalability is a system’s ability to meet new demands, significantly higher workload. You enjoy more incredible speed and efficiency with this upgrade.

One of the best improvements of web 2.0 is the user experience it gives. Users can easily change things they don’t like, such as the page’s size. With a rich user experience, people can easily access information.

This brought the creation of applications, which are fundamental in today’s time. Applications are one of the essential parts of the internet.

There are different challenges associated with using web 3.0. Experts find it vague and unfamiliar because it explores a new kind of technology. Still, some people believe it may change how the internet operates. Below are some of the challenges with web3.0.

One of the challenges of web 3.0 is the vastness of the internet. The internet is vast and also contains a lot of data. Web 3.0 has to deal with how and wide the internet can be.

Uncertainty is a great challenge affecting web 3.0 creation. This may affect the presentation of data. In cases where patients have symptoms of different ailments, it would be difficult to pinpoint the right issue.

Inconsistency deals primarily with data that are not consistent. This is a huge challenge, making it difficult to present information appropriately.

Some queries are vague and without direction. To create web 3.0, data must be specific and straight to the point.

The internet has faced a series of changes from the advent of web 1.0 to web 2.0. While basic designs and layout characterize the former, web 2.0 embraces sophistication and user experience. The third creation, which is still in the works, hopes to leverage blockchain to reduce dependency on big corporations. This may increase inclusivity and user experience, particularly in terms of providing greater service.

The post Everything You Need To Know About The Web3.0 appeared first on CryptoTicker. 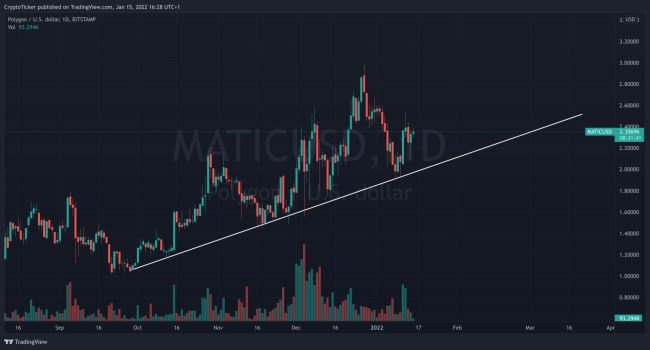 With every year passing, the cryptocurrency community innovates in new technological advancements. Back in 2017, Bitcoin and other altcoins boomed and became mainstream. Later in 2019, the DeFi space started to progress and innovate with many projects popping up. Later up to 2021, we witnessed the rise of NFTs, DEXs, and Meme Coins. Every investor who managed to capitalize early on each trend managed to make hefty profits. Today, everyone is eyeing Web3.0 projects. Being able to partake in such projects in the early stages would most probably be beneficial. That’s why in this article, we’re going to talk about 5 Web3 tokens that have huge potentials.

What are Web3 Tokens ?

Web3 represents an upgrade of the World Wide Web, focusing on decentralization. Today, the tech industry is making decentralization more accessible, especially to those who believe in inclusivity and breaking centralized boundaries. In simple terms, it is an ecosystem leveraging blockchain technology for settling needs. In turn, Web3 tokens are simply tokens that are issued from crypto companies that revolve around the Web3 ecosystem. They either help in scaling, integrating, or even building Web3 Dapps.

Top 5 Web3 Tokens that Can BOOM in the Next Bullrun

Polygon is a project that aims to bring Ethereum’s blockchain to the masses. In order to do so, it provides an easy “plug-and-play” solution to crypto projects. This not only increases the demand for Ethereum, but also for the entire crypto industry. Using Polygon, one can create optimistic rollup chains, ZK rollup chains, stand-alone chains, or any other kind of infrastructure required by the developer.

Having a project like Polygon helping in scaling the “internet-of-things” and onboarding projects to a decentralized ecosystem is definitely a great initiative. This project should definitely boom when Web3.0 becomes closer to reality.

Stratos is a great project that also helps in allowing companies to plug into the Web3.0 ecosystem. They basically are a decentralized data architecture that provides scalable storage, database, and computation networks. Strong data processing is key in enabling Web3.0, and Stratos provides the necessary data storage and database architecture to tackle the future web.

Helium Network is a decentralized wireless network that helps devices connect wirelessly to the Internet anywhere in the world. Thanks to its secure and open-source application, developers have the opportunity to build low-power and internet-connected devices at a cheaper and faster pace. This is the perfect introduction for projects and companies into the soon-to-come Web3.0.

Polkadot is a cryptocurrency also known as the “Ethereum Killer”. It basically seeks to incentivize a global network of computers to operate a blockchain on top of which users can launch and operate their own blockchains. It is a next-generation blockchain designed to connect multiple specialized blockchains into one unified network. Polkadot is a top competitor and can take advantage of the Web3.0 anticipation and rise higher in the blockchain realm.

Last but not least, we have FLUX on the list of the best Web3 tokens that will boom further along with Web3.0. Flux is a scalable and decentralized cloud infrastructure. Just as its peers, it allows projects to develop, manage, and create applications on multiple servers all at once. This will prep all companies for when Web 3.0 launches, and plug into other Dapps in a totally decentralized ecosystem.

“The Flux Ecosystem is a fully-operational suite of decentralized computing services and blockchain-as-a-service solutions which offer an interoperable, decentralized, AWS-like development environment.” – Coinmarketcap

The post Those 5 Web3 Tokens Can Make you MILLIONAIRES in the Next Bullrun… appeared first on CryptoTicker.